Since it was first test marketed by Reynolds American in 2012, the Vuse e-cigarette has been one of the hottest topics in the vaping industry. While some tobacco companies opted to enter the world of e-cigarettes by buying existing companies such as Blu and Green Smoke, the Vuse is entirely proprietary and has no components compatible with any other e-cigarette. In spite of its proprietary nature, Vuse has been the most popular e-cigarette in the United States according to Nielsen — which doesn’t track online or “vape shop” sales — since September, 2014.

To be blunt, I didn’t expect to care for the Vuse e-cigarette. I tend not to recommend e-cigarettes owned by tobacco companies. Reynolds, in particular, wants the United States government to ban open vaping systems. I also thought that Reynolds’ claim of using its state-of-the-art R&D facilities to develop a truly game-changing product were likely overblown. When my local convenience store offered the Vuse for half off its normal price, though, I finally gave in and bought one. 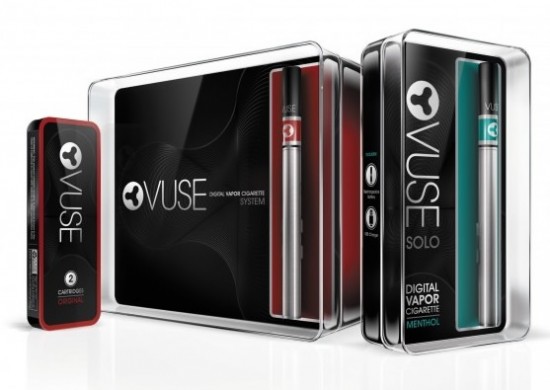 About the Vuse E-Cigarette

Although prices in individual stores may vary, you can typically find the Vuse e-cigarette starter kit — which includes a battery, cartridge and USB charger — for about $10. Refill cartridges are sold in packs of two for around $6. You can immediately see the razor-and-blades pricing strategy at work here; $10 is an excellent price for any e-cigarette “express kit”, but $3 per refill cartridge is well above the industry average.

The design of the Vuse e-cigarette cartridge also limits the potential value you’ll get out of your money. This page on Imgur contains detailed pictures of the internal workings of the Vuse. As you’ll see, the cartridge contains a small integrated circuit that serves as a puff counter along with a saturated pad, a long wick and a single heating coil. According to the literature included with the Vuse, the puff counter “takes the guesswork out of how many puffs remain in each cartridge and when a cartridge is depleted.” As you’ll also note from the pictures, a Vuse cartridge can stop working when the pad is still wet. The Vuse battery and cartridges also use a snap-on design which, while convenient, won’t work with any other battery or cartridge.

The box for the Vuse claims that the e-cigarette is “designed and assembled in the USA by tobacco experts.” Although that’s as specific as it gets, my guess is that some components such as the battery cell and integrated circuits are made overseas. The e-liquid is the one aspect of the Vuse that I’m not sure about. It tastes like a run-of-the-mill Chinese tobacco e-liquid, though, and Reynolds makes no claims to the contrary.

There is one aspect of the Vuse that isn’t like most e-cigarettes, though: the nicotine strength. While most off-the-shelf e-cigarettes have a top nicotine strength of about 18 mg, the Vuse comes in just one strength — a whopping 48 mg. The extra throat hit afforded by the powerful e-liquid tends to offset the somewhat thin, wispy vapor produced by the Vuse. It may also make using the Vuse feel more like smoking a real cigarette to some, although it’s difficult to say because the vapor production is quite low, even for a cig-a-like. It may also make the Vuse more addictive than other e-cigarette brands, which I’m sure Reynolds has no problem with.

The Vuse comes in just two flavors: Original and Menthol. I haven’t tried the Menthol flavor, but as I mentioned above, the Original flavor tastes pretty much like any other run-of-the-mill Chinese tobacco flavor. It actually tastes fairly good, but it’s hardly a game changer compared to any of the other e-cigarette starter kits you can pick up in convenience stores and online.

Occasionally, I’ll be surprised when I write an e-cigarette review. When I wrote my VaporFi Rebel II review, for example, I found that e-cigarette tank systems have really come a long way in the past couple of years. I now use a tank every day. When I reviewed the Volcano Lavatube 2, on the other hand, I learned that sometimes all of the advancements in the world can’t make a new e-cigarette better than the model it replaces. In the case of my Vuse e-cigarette review, though, the product was pretty much exactly what I expected — overly proprietary, overpriced and barely adequate for a smoker who wants to give e-cigarettes a try. The Vuse would have been a huge step forward from the e-cigarettes available on the market in 2010. It might have even been a game changer when Reynolds began to test market it in 2012. In 2015, though, it is impossible for me to think of the Vuse as anything other than an interesting curiosity.