Squonk mods must have the weirdest name of all vaping devices and accessories — but that hasn’t stopped them from becoming hugely successful. Also known as bottom feeders, squonk mods are devices that combine the benefits of rebuildable atomizers and sub-ohm tanks to give you huge vapor production — and huge e-liquid storage — simultaneously. Are they the greatest thing ever introduced in the vaping industry? They certainly are popular. Based on my experience, I’d say that if you currently use a rebuildable dripping atomizer, you should seriously consider making your next device a squonk mod.

Let’s learn more about them.

What Are Squonk Mods? 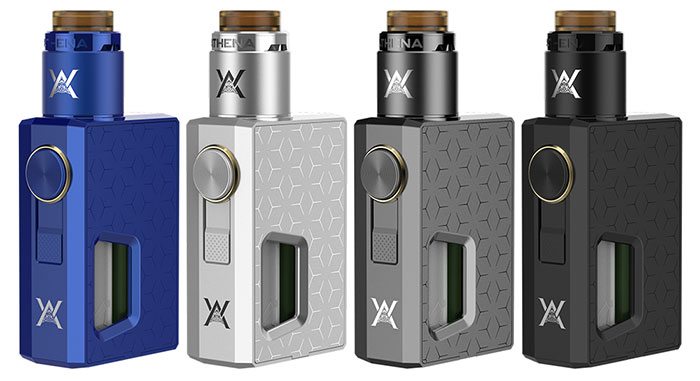 A squonk mod is a vaping device with an e-liquid bottle on the inside. A narrow tube connects the bottle to the bottom of the mod’s threading. Squonk mods have hollow 510 connections. The hollow connection allows e-liquid to flow from the bottle to the atomizer. Squeezing the bottle sends e-liquid through the tube, making a peculiar sound that a forum user several years ago called a “squonk.” The name stuck, and that’s why we call them “squonk mods” today.

Squonk mods tend to work best with high-VG e-liquids such as those available from SmokingThings.

The first squonk mods were mechanical mods invented by handy vapers who simply wanted to build mods with increased e-liquid storage. Companies began producing and selling squonk mods shortly thereafter, and the earliest mass-produced bottom feeders were mechanical devices as well. By early 2018, though, bottom feeders had become so popular that all of the major e-cigarette manufacturers were scrambling to release regulated squonk boxes with full safety features. There’s no need to use an unregulated device if you want to take up squonking today. You can find no shortage of devices with all the safety features you’d expect in a high-end regulated mod.

How do Squonk Mods Work?

Squonk mods are actually quite simple. To use one, you need to pair your device with an attachment that has a hollow center pin. Most squonk mod kits include compatible RDAs. If you already own an RDA that you’d like to use, check the parts included in the atomizer’s box; it’s likely that you’ll find a hollow pin. To use a squonk mod, you’ll build and prime your coil as you always do. You’ll then open your mod’s battery door and pull out the internal squonk bottle. Fill and replace the bottle — and vape as you normally would. With a squonk mod, there’s no need to drip. After every few puffs, squeeze the bottle to keep the atomizer wet.

What Are the Benefits of Squonk Mods?

Best of Both Worlds

If you want your e-cigarette to produce a lot of vapor, you need to use an RDA. Nothing else provides the necessary airflow for cloud chasing, and nothing else provides the space to build a coil with lots of surface area. The drawback of RDAs, though, is that their wells only store enough e-liquid for a few puffs. You need to drip constantly to keep the atomizer wet and avoid a dry hit.

A sub-ohm tank, on the other hand, provides plenty of e-liquid storage. The problem with tanks, though, is that they have neither the airflow nor the coil surface area for cloud chasing. Using a tank means settling for smaller vapor clouds.

Using a squonk mod means that you can enjoy the vapor production of an RDA and the e-liquid storage of a tank in a single device. You can use a squonk mod without compromising your clouds — and since most squonk bottles are 7 ml and larger, you won’t even need to think about refilling your bottle that often.

Dripping is often massively inconvenient. You need to carry a bottle of e-liquid everywhere you go. Dripping while driving is impossible. The worst part about dripping, though, is that it can be incredibly messy. If you leave your device on its side, you’ll probably find it resting in a puddle of e-liquid when you return to it. Squonk mods are much cleaner because they virtually eliminate leaking. When you release the bottle after squeezing it, you create a vacuum that draws excess e-liquid out of your atomizer’s drip well. As long as you don’t squeeze the bottle too firmly, you’ll never have to worry about leaks.

What Are the Drawbacks of Squonk Mods?

The greatest drawback of switching from a standard box mod to a squonk mod is that doing so means switching to a larger and heavier vaping device without a corresponding increase in battery life. A squonk bottle is about as large as a battery. A squonk mod with one battery will be about as big and heavy as a standard mod with two batteries. A squonk mod with two batteries will be too large to fit comfortably in a pocket. If you switch from a tank-based vaping setup to a squonk mod, you’ll definitely have more gear to carry around. If you’re thinking of switching from an RDA-based setup, though, keep in mind that you aren’t just carrying a mod right now. You’re also carrying a big plastic or glass bottle of e-liquid. Your new squonk mod will be bulkier than your current mod, but it won’t be bulkier than your mod and a bottle of e-liquid.

No Support for Tanks

If you switch to a squonk mod, there’s no getting around the fact that you’ll need to build your own coils. Rebuildable atomizers are simple enough that it’s easy to adapt one for bottom feeding by replacing the solid center pin with a hollow one. Tanks, though, are much more complex. Most tanks can’t accept e-liquid from the bottom because that’s where the air flows through. It’s not difficult to learn to build your own atomizer coils, but doing so requires time and effort. Building an atomizer coil isn’t nearly as simple as replacing the coil in a sub-ohm tank, but you’ll have to learn if you want to take advantage of the features that squonk mods have to offer.