Over the past few years, pod vaping systems have emerged as the most popular vaping devices by a wide margin. The release of the JUUL in 2015 changed everything. From that point forward, just about every smoker who switched to vaping did so with the JUUL or another device that looked and worked pretty much the same. When those people decided that it was time to upgrade to more capable vaping devices, they didn’t buy mods – they bought better pod systems. 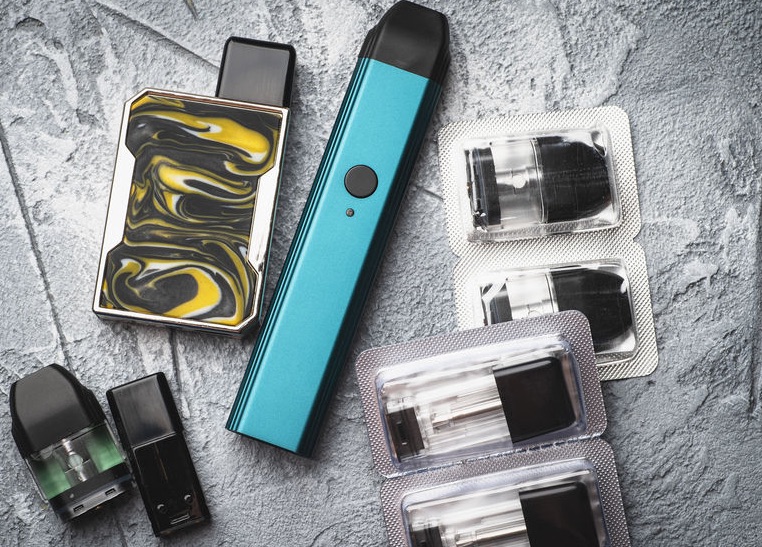 Today, vape shops like ILL! HQ have nearly based their entire business models on selling the huge variety of pod systems and nicotine salt e-liquids that have appeared in JUUL’s wake. There are millions and millions of vapers in the world today who have never used bigger devices like box mods and have no interest in doing so.

With all of the interest that pod systems receive from the vaping community, it’s not surprising that the product category has evolved extremely quickly. We’ve already seen several generations of pod systems come and go, but the one thing all pod systems have in common is that they can all gurgle or leak occasionally. These are problems that arise due to the extremely small form factor and tight airflow characteristics of pod systems, and it’s difficult to avoid them entirely. You can, however, minimize the chance that your pod system will gurgle or leak by keeping a few simple tips in mind as you use your device.

The biggest thing that you can do to prevent your pod system from leaking or gurgling is simply inhaling properly when you vape. Vaping might be a replacement for smoking, but that doesn’t mean you can puff on a vaping device exactly as you would puff on a cigarette. A cigarette, for one thing, is very narrow and has quite restrictive airflow. Even the smallest vaping devices tend to have much freer airflow characteristics than cigarettes.

Along with the difference in airflow characteristics, tobacco cigarettes have a second major functional difference from vaping devices. With a cigarette, you’ll get more smoke if you inhale more firmly. Your pod system, however, doesn’t work that way and won’t produce more vapor if you inhale with greater air pressure. The vapor production of any vaping device is limited by the efficiency of the heating coil and the device’s operational wattage.

What does all of that mean to you? It means that if you inhale as firmly with a pod system as you would with a cigarette, you’re going to have problems. The tiny airflow vents in a pod system can’t handle that level of air pressure, and you’ll end up sucking e-liquid from the pod’s reservoir into its center chimney. That’s what causes leaking and gurgling.

Do you want bigger clouds? The way to get big clouds without making your pod system leak is by using gentle air pressure and by puffing as slowly and deeply as possible. If you’re still not happy with your device’s cloud production, it’s time to get a new pod system.

Use the Right Type of E-Liquid

It’s not technically necessary to use nicotine salt e-liquid with a pod system. You can definitely have a good experience if you use a pod system with freebase nicotine e-liquid, but the trick is that you need to use the right e-liquid. I’ve discussed the VG/PG ratio of e-liquid elsewhere on this site, and nowhere is that more important than it is with pod systems.

All tanks and pods for vaping share a similar design in that you have a reservoir and an enclosed atomizer coil. E-liquid flows from the reservoir to the coil through small holes on the sides of the coil’s enclosure. When you use a tank, your coil’s wick holes are large and can accommodate many different types of e-liquid.

The wick openings in a pod system, on the other hand, are much smaller and are designed to accommodate an e-liquid with a VG/PG ratio of about 50/50. If you use an e-liquid that’s too thin, it’ll flow too quickly through the openings and will flood the atomizer coil, causing the pod to leak. If you use an e-liquid that’s too thick, on the other hand, you’ll have trouble getting it to flow efficiently through the pod. You’ll puff too firmly when vaping, and that’ll lead to the problems I mentioned above.

To avoid those problems and prevent your pod system from gurgling or leaking, you don’t need to use a nicotine salt e-liquid – but with almost all pod systems, you should use an e-liquid with a VG/PG ratio as close to 50/50 as possible.

Blow Your Pod Out Before Refilling It

Do you have a pod system that’s already leaking or gurgling? If so, you’ve discovered how unpleasant a gurgling pod system can make your vaping experience. The e-liquid caught inside your pod’s center air channel blocks the airflow, hurting the device’s vapor production. To make matters worse, a pod system that’s gurgling will occasionally spit e-liquid into your mouth – and when you’re using a high-strength nicotine salt e-liquid, that’s a pretty unpleasant experience.

Luckily, there’s an easy fix. Here’s what you need to do. If you don’t want to waste any e-liquid, you’ll need to wait until the pod is empty and you’re ready to refill it.

When your pod is ready for refilling, remove it from your device and hold a paper towel over the bottom while blowing hard through the top. That’ll push the e-liquid out of the pod’s center air channel and through the intake vents, restoring the pod’s normal airflow.

Remember that, if your pod is gurgling when you vape, there’s a good chance that it’s also leaking. When you remove your pod, take a cotton swab and wipe up any e-liquid that may have made its way into the chamber at the top of your device. That’ll prevent the e-liquid from entering the device’s internal electronics and causing permanent damage.