Do you know what’s not fun? Picking up your vaping device and discovering that your hand is now covered with e-liquid. That is most definitely not fun. Today’s vaping tanks may not leak as often as the tanks of the past did, but that’s little comfort when you’ve got a wet, sticky hand or a big puddle of e-liquid on your table. So, have you got a leaky vape tank that absolutely refuses to keep e-liquid in its place? Let’s fix that tank and get you back to vaping. 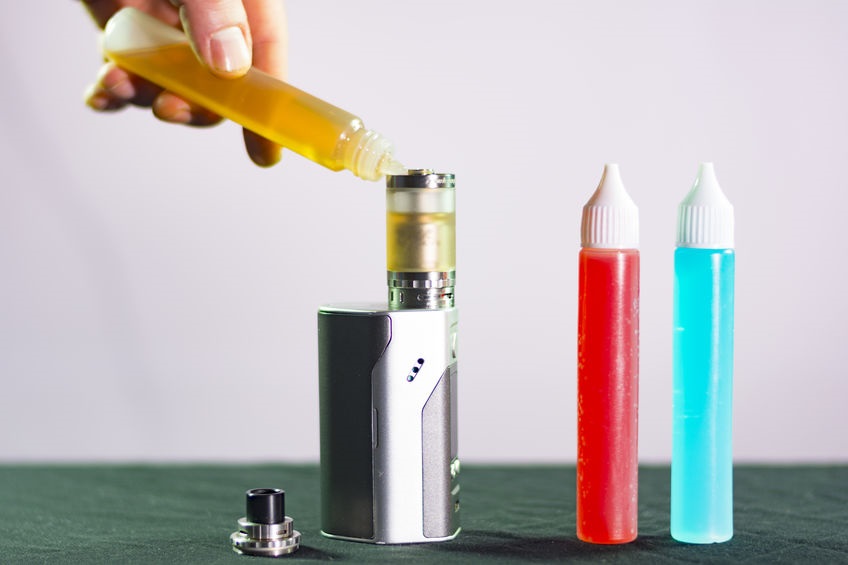 Disassemble, Check and Reassemble the Tank

Have you got a tank that leaks badly enough to dump its entire contents out the bottom? You’ve got a serious problem on your hands, and the cause of the problem is likely to be an assembly issue or a failing gasket. Start by disassembling the tank completely. Rinse the tank’s components in your sink and dry them with paper towels. When you bought your tank, did you notice that it came with a bag of spare silicone gaskets? That’s because the gaskets in a vape tank tend to stretch and tear over time. Examine your tank’s gaskets closely and replace them as needed.

The next most common reason why a vape tank leaks is because of assembly issues. The gaskets in your tank can only do their job if the tank’s threads are lined up and tightly screwed together. Reassemble the tank slowly, being especially careful not to cross the threads. If a thread doesn’t turn smoothly, don’t force it; back it up and try again. Assemble the tank so the components are just finger tight. Over-tightening the tank can warp the gaskets and may actually make the leaking problem worse.

In a typical vape tank, air enters through the bottom vents and carries the vapor out the mouthpiece. In order for that system to work, the bottom of the coil is by necessity a big hole leading straight out the bottom of the tank. Aside from the partial vacuum in the tank’s reservoir, the only thing keeping the tank from losing all of its e-liquid is the coil’s cotton wick. When the wick is saturated with e-liquid, the interior and exterior of the coil reach a sort of pressure equilibrium, and the e-liquid in the reservoir stays put.

Some people have found, though, that coils from a few vaping product manufacturers have occasional quality control issues. Users have reported leaking issues with some very popular vape tanks — even a few that were released quite recently. For those users, trying a different coil resolved the issue.

On one level, today’s vape tanks aren’t that different from the tanks of the past. Every tank still has air holes, a reservoir and an atomizer coil. On another level, though, today’s tanks are different in every way. Quality control — among most product manufacturers, at least — is better than ever. Vape tank designs are also better than ever. Manufacturers have found more and more ways to coax ever more airflow out of their designs while making leaks less and less common. Are you trying to wring a few more months of use out of a tank that’s several years old? Save yourself the headache and pick up a new tank from a company like Savory Vapes. 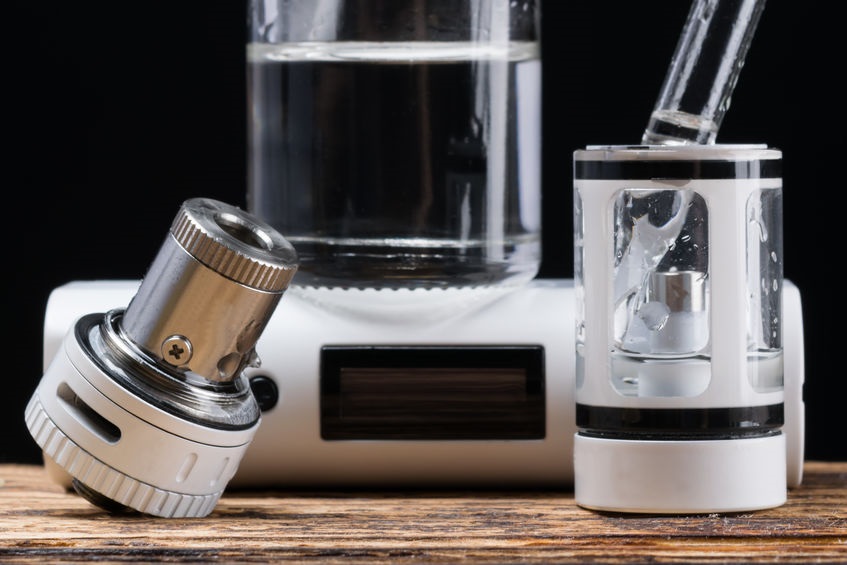 Are you using a high-output vape tank with a big coil head? If you’ve been vaping for a few years, you’ve probably noticed that atomizer coils have only gotten bigger as people have demanded better and better vapor production. Maybe you haven’t noticed, though, that the wick openings on the side of a typical vaping coil have gotten bigger as well. That’s because e-liquid preferences have changed over the years. In the past, most e-liquids had VG/PG ratios that strongly favored the thinner PG. Today, though, more people than ever prefer thicker high-VG e-liquids for their bigger vapor clouds and fuller mouth feel. Vaping product manufacturers design their tanks to satisfy mainstream tastes — and that means a typical modern vaping tank will not work well with a high-PG e-liquid.

Do you ever leave your vaping device on a table overnight and get up to find that the e-liquid has begun to seep out through the air intake vents at the bottom of the tank? Does your vape tank gurgle often when you use it? Your e-liquid might be so thin that it’s seeping through the cotton wick and flooding the coil. Try an e-liquid with at least 50 percent VG. If that doesn’t fix your leaky vape tank, try an even thicker e-liquid.

Today’s vape tanks are less leak prone than ever, but that doesn’t mean you shouldn’t do everything possible to give your tank a hand. Avoid storing your vaping device on its side for extended periods. All vape tanks are least likely to leak when they’re stored upright.

As I mentioned above, a partial vacuum forms inside a vape tank when you inhale through the mouthpiece. The vacuum helps to keep the e-liquid in the reservoir when you aren’t using the tank. When you are using the tank, the act of inhaling creates a pressure differential that draws the e-liquid into the coil’s wick. The magic doesn’t happen, though, if there’s no room in the reservoir to form a vacuum. When you fill your tank, leave a little empty space at the top of the reservoir. If there’s no space, there’s no vacuum — and your tank may leak.

Note that leaving some extra space in your tank becomes doubly important during elevation changes. If you’re going to bring your e-cigarette on a flight or a drive through the mountains, do so with the tank at least half empty. If the tank is full, the expanding air inside the tank will push the e-liquid out.

It is extremely common for newer vapers to puff too firmly when vaping. An e-cigarette isn’t the same as a tobacco cigarette. If you puff more firmly on a tobacco cigarette, the paper burns more quickly. With a vaping device, though, the operational wattage largely determines the vapor production. The device won’t release more vapor if you puff more firmly. You may, however, suck excess e-liquid through the cotton wick and flood the coil. To avoid that problem — and enjoy the biggest vapor clouds your device can produce — use a slow and steady inhaling pattern.

Do you find that your tank produces vapor with a somewhat “wet” character? Do you occasionally feel like you’re getting tiny e-liquid droplets in your mouth? Some vaping tanks — particularly those that use Clapton coils and other twisted coil designs — tend to produce unusually large e-liquid droplets, and if you have that type of tank, you’re going to find that your tank spits and gurgles frequently. That’s because many of the larger e-liquid droplets will stick to the interior of the tank’s chimney and run back down to the coil. If you get enough excess e-liquid in the coil assembly, some of it will leak out. Prevent that from happening by running a twisted paper towel down the chimney periodically to absorb the excess e-liquid.