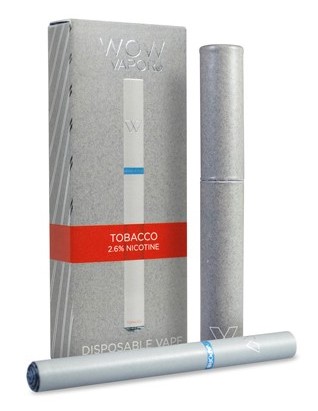 Vapor4Life Disposable Vape: The best disposable e-cigarette on the market.

Disposable E-Cigarettes: How They Work 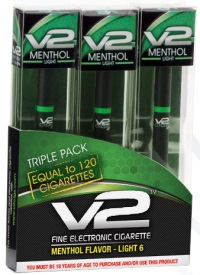 Disposable e-cigarettes usually contain roughly the nicotine equivalent of two packs of real cigarettes, so you can usually expect to puff on one for at least a couple of days before the nicotine runs out or the battery dies. When that happens, don’t attempt to recharge the battery; just throw the whole thing away or recycle it.

Depending on the tobacco taxes in your area, disposable e-cigarettes can be pretty good deals compared to the two packs of real cigarettes they replace. They’re great impulse buys at around $10-12 and they come charged and ready to use. They’re fairly long-lasting and tend to work very well. Most importantly, they give potential new e-smokers the ability to try e-cigarettes before they commit to a more expensive starter kit. 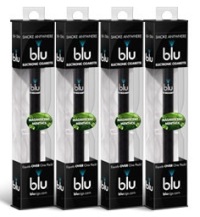 The biggest drawback of disposable e-cigarettes is the cost. They aren’t much cheaper than real cigarettes — in some areas, they aren’t cheaper at all — and you have to throw the whole thing away when you’re done. It can be a great idea to buy a disposable e-cigarette once to see if you enjoy e-smoking, but you wouldn’t want to make a long-term habit of it unless you’re a social smoker or willing to buy in bulk because you won’t be able to enjoy the long-term cost savings e-cigarettes can provide.

Who Should Buy a Disposable E-Cigarette? 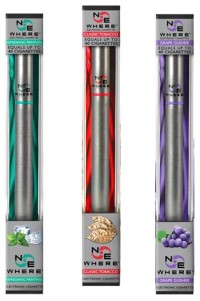 Or, suppose you aren’t actually interested in switching to e-cigarettes or aren’t a full-time smoker at all. Maybe you’re getting ready to travel and don’t want to worry about the rules against smoking in rental cars and hotel rooms. Maybe your office allows e-cigarettes and you’d like to “smoke” at your desk instead of going outside for smoke breaks. Maybe you only smoke socially and want something that you can take to the bar or club and won’t leave you smelling like smoke. These are all great reasons for buying disposable e-cigarettes.

NEWhere Disposable E-Cigarette ($9.99 each or $24.99 for three): The NEWhere disposable e-cigarette is a product of the company behind the delicious Mad Hatter line of e-liquids. The Grape Gusher flavor is a natural for anyone who enjoys fruity flavors. The tobacco and menthol flavors are equally impressive as well. Not long ago, I had a wonderful experience with NEWhere’s line of tasty nicotine-free disposable hookah pens, and NEWhere’s disposable e-cigarettes use exactly the same technology — plus nicotine. If you want a disposable e-cigarette with a sweeter flavor profile, buy this one.

V2 Disposable E-Cigarette ($26.95 for pack of five with coupon code vapegrl): The V2 disposable e-cigarette is available in tobacco and menthol flavors and has a nicotine strength of 18 mg. While it costs a bit more per unit than some of the other disposable e-cigarettes mentioned in this article, it also has a larger e-liquid capacity — each pack of five e-cigarettes is equivalent to roughly a carton of tobacco cigarettes. Better prices are available if you’re willing to buy in bulk, and if you’re looking for some interesting new flavors you can also try V2’s new Zig-Zag brand, released in partnership with the well-known tobacco company. You can also buy the V2 Cigs disposable e-cigarette in Europe.

Cigavette Cuvana Disposable E-Cigar ($29.95): Who says that a disposable e-cigarette needs to mimic a real cigarette? The Cuvana disposable e-cigar might cost a bit more, but thanks to its massive capacity it can last for well over 1,000 puffs before it begins to lose its flavor. When I’m in the mood for something a little different, I quite like the flavor of the Cuvana.

In 2014, the FDA released its long awaited proposal to regulate e-cigarettes like tobacco products. The new rules would prohibit sales of e-cigarettes to minors and require e-cigarette companies to submit new products for FDA approval.