I believe that value for money might be the most important feature that an e-cigarette company can offer to its customers. For a beginner, the best e-cigarette shouldn’t just be a great performer. It should also give you a lot for your money. Volcano’s high-end kits, the Inferno and Lavatube, definitely do this. Volcano’s entry-level kits, though, maybe not so much. Although the Magma e-cigarette may be the best 510-tank e-cigarette on the market, I can’t give it a strong recommendation. I’ll tell you why in this Magma e-cigarette review. 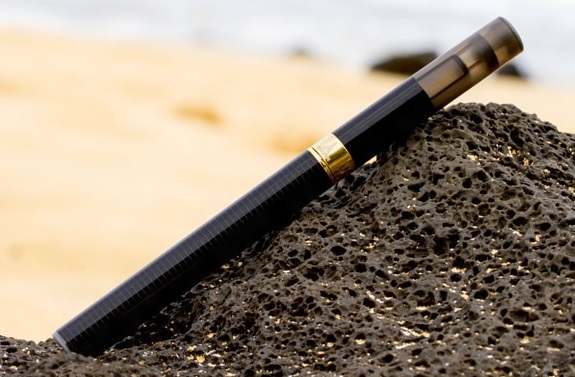 About the Magma E-Cigarette

The Magma e-cigarette is just slightly longer than a traditional cigarette. It uses a tank system to keep the heating coil fed with e-liquid, making it rather unique among most e-cigarettes designed for beginners, which usually use cartomizers. See this review for an example of such a kit. You fill the Magma e-cigarette by prying the cap off of a plastic tank, filling it with e-liquid from a bottle, replacing the cap and pushing the tank into the Magma’s heating component. Then, you simply hold the button and puff. The Magma e-cigarette uses small tanks, but they hold a decent amount of e-liquid and you’ll most likely only find yourself needing to refill your tank once a day or so.

My problems with the Magma e-cigarette are few but significant. The first is the price; the Magma costs quite a bit more than comparable kits from companies such as V2, for starters. In addition to being less expensive — the V2 kit costs $55.20 with the coupon vapegrl15 for example — these kits use simple twist-on refill cartridges, which are far friendlier for beginners. In addition, the Magma is the same price as Volcano’s Inferno e-cigarette, which has significantly better battery life and vapor production. The Magma e-cigarette should be priced at least $20 lower to be competitive, in my opinion. 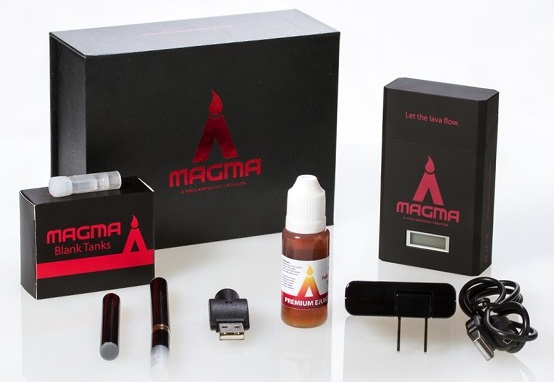 My second problem with the Magma e-cigarette is that I’m not sure it’s simple enough for new e-smokers. For beginners, I feel much more comfortable recommending e-cigarettes with twist-on refill cartridges because there’s so much less that can go wrong. If there’s a problem, you need to replace the cartridge or charge the battery. With the Magma, you have to worry about other things like over-filling or under-filling the tank, keeping the atomizer clean, sealing the tank tightly and inserting it properly. Failure to use the Magma e-cigarette properly can result in leaking, strange flavors or poor vapor production. Experienced e-smokers are often willing to trade in their first e-cigarettes for more finicky products like the Magma e-cigarette in exchange for superior vapor production. Unfortunately, though, the Magma doesn’t produce more vapor than the two e-cigarettes I’ve mentioned above.

And then there’s the taste. The twist-on cartridges used by the e-cigarettes I’ve mentioned above use a cotton or poly gauze to hold the e-liquid in suspension. I find that this creates a nice, pure taste — you’re tasting the e-liquid, not the material used to hold it. With the Magma e-cigarette, it’s another story; there’s so much plastic between the atomizer and your mouth that I find just about every e-liquid tends to taste a little like plastic.