Volcano liquid was the first I ever used in my e-cigarette. Even then, Volcano was a bit secretive about their products. During those days, Volcano’s liquid supplier was based in China. Most companies used — and still use — Dekang as their e-liquid supplier, but Volcano used someone else and never spilled the beans on who it was. Unfortunately, Volcano’s liquid shipments consistently experienced problems at customs, resulting in long stretches during which certain flavors and nicotine strengths were unavailable. Volcano solved the problem by switching to a US-based liquid supplier, becoming one of the first major e-cigarette vendors to use USA-made liquids. One of Volcano’s flavors is the only one that I buy every week, but there’s no way I’d ever recommend some of their other flavors. Which are the good ones? Read my Volcano liquid review to find out. 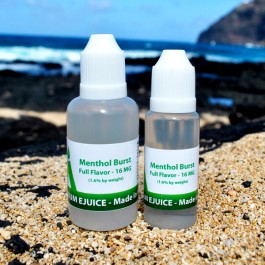 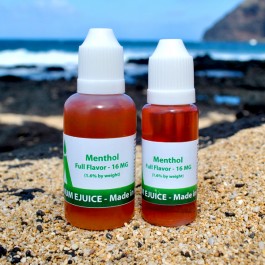 Don’t confuse Menthol Burst with Menthol, which is in my opinion the worst Volcano liquid. While Menthol Burst has a pure, slightly minty flavor, Menthol is an attempt to recreate the taste of a menthol cigarette. So, Volcano used far less menthol in this liquid and added a flavor that’s supposed to taste like tobacco, but just tastes strange. 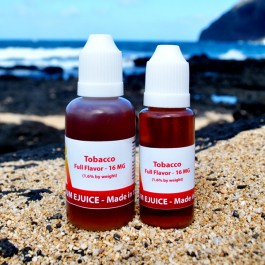 I don’t think that any of the tobacco Volcano liquids are spectacular, but the Tobacco flavor isn’t bad. It definitely doesn’t taste like actual tobacco. It’s more like some kind of mixed nut flavor with throat hit to convince your palate that you’re getting the taste of tobacco. If you plan to buy an e-cigarette from Volcano — a company whose Inferno and Lavatube e-cigarettes I highly recommend — and are really set on trying a tobacco flavor, this is the one I’d suggest. 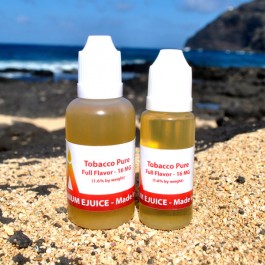 For Tobacco Pure, Volcano decided to spice up its regular Tobacco liquid with the addition of a real tobacco extract. Unfortunately, the Tobacco Pure Volcano liquid also tastes like a bunch of caramel was dumped into it. It’s way too sweet to taste anything like real tobacco, so I much prefer the basic Tobacco liquid.

As of today, there are 32 Volcano liquids in all. Just a few of them are tobacco and menthol flavors; the rest are dessert and beverage liquids, along with plenty of tropical flavors befitting Volcano’s Hawaiian heritage. Of these, my favorite is Pineapple Punch. It’s a liquid that has been part of the Volcano lineup since the very beginning. Although you definitely aren’t going to mistake it for real pineapple juice, it’s one of the rare fruity e-liquids that’s strong in flavor but doesn’t overpower you with sugary sweetness. If you’re a soda drinker, give Surfer Soda a try. I have to say that it’s a little strange to use a soda-flavored e-liquid that’s not cold or fizzy, but the cola taste is definitely spot-on. Of the sweeter Volcano e-liquids, my favorite has to be Red Hot Lava. It’s a cinnamon candy flavor that actually has a little bit of heat, which is really quite nice.