Here in the United States, vapers have it easy — at least as long as the pending FDA regulations remain under postponement. You can buy as much e-liquid as you want if you’re of age. You can choose the nicotine content of the e-liquid, and you can inhale an entire bottle every day if that’s what you want to do. In other areas of the world, though, e-cigarette users have special challenges. The European Union, for example, has established regulations governing the vaping products that are permissible to own and sell. The United Kingdom has adopted Europe’s Tobacco Products Directive, and it appears likely that Norway will adopt it soon as well. 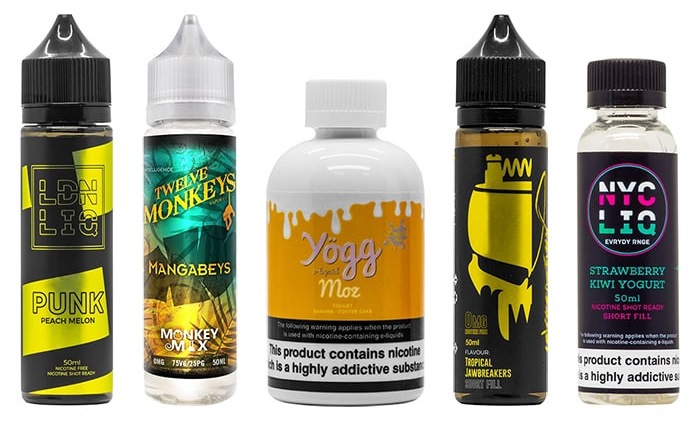 The benefit of the TPD is that it establishes a legal framework for the vaping industry. Vapers in Europe don’t have to worry about the products they love one day becoming unavailable — which is still a possibility in the United States even if the now-postponed date of FDA regulation still seems very far away. The downside of the TPD, though, is that it makes some aspects of vaping inconvenient. These days, people love sub-ohm devices and huge vapor clouds. In nations that observe the TPD, though, a bottle of e-liquid containing nicotine can’t be larger than 10 ml. If you use a sub-ohm vaping setup, 10 ml of e-liquid might be more than you use in a day!

The Problem: Boxes of Small Bottles Are Elaborate and Costly

Suppose you run an e-liquid company that sells to customers in regions that must comply with the TPD. What can you do to make a product that’s not terribly inconvenient to people who use sub-ohm vaping setups? Some companies sell bundles of several 10 ml bottles. That’s a way of complying with regulations, but bottles and boxes aren’t free. The elaborate packaging will eat into your profit margins. Selling a gazillion small bottles at a time is also wasteful of resources because many of your customers may choose not to recycle their empty bottles.

Faced with the dilemma of either selling box after box of tiny bottles or potentially losing the patronage of sub-ohm device users, someone realized that the TPD bottle size limit doesn’t apply to nicotine-free e-liquids and got the genius idea of inventing short fill e-liquid. Short fill e-liquids are very large vape juice bottles — often up to 120 ml in size — that contain nicotine-free e-liquid and aren’t completely full. You’ll buy the nicotine separately and add it to the bottle yourself. In the end, you’ll have a large bottle of e-liquid — that’s totally TPD-compliant — in a nicotine strength appropriate for sub-ohm vaping.

Short Fill E-Liquids May Help You Save Money

The major benefit of short fill e-liquids is that they take the inconvenience out of sub-ohm vaping in TPD regions. In many cases, though, you’ll also save money when you buy short fill e-liquid. Since the manufacturer isn’t adding nicotine or selling an expensive package of many small bottles, short fill e-liquids should cost less to produce — and you should enjoy some of those savings.

Short Fill E-Liquids Are Beneficial Where Nicotine Is Illegal

In some regions such as Norway, vaping products are legal to sell — but nicotine is not. In Norway, people can import nicotine for personal use from nations within the European Economic Area, but Norwegian vape shops cannot sell e-liquid with nicotine. In addition, Norwegians can import no more than a three-month supply of nicotine at a time. Nicotine-free e-liquid certainly has its benefits, but you probably aren’t too interested in hearing about those benefits if you’re looking for something to help you stop using tobacco. Some Norwegian vape shops may sell nicotine under the counter, but availing yourself of that service is highly illegal and potentially unsanitary.

So, suppose you’re a Norwegian e-cigarette user, and your only option for obtaining e-liquid with nicotine is to import it from another country. You’ll be importing from a country in which the TPD applies, so you’ll need to buy an awful lot of 10 ml bottles if you want a three-month supply of e-liquid. You’ll be looking at some pretty big exchange fees and shipping charges. Short fill e-liquids make it possible for Norwegians to buy their e-liquid domestically and import only the concentrated nicotine at a much lower cost. Rune Stulen, owner of Norwegian online vape shop FriskeDrag.no, says that short fill e-liquids have been a godsend for his customers who want to minimize their costs while remaining on the right side of the law.

How to Use Short Fill E-Liquids

The most common short fill e-liquid bottle sizes are 60 ml (containing 50 ml of nicotine-free e-liquid) and 120 ml (containing 100 ml of nicotine-free e-liquid). To complete the bottle of e-liquid, you’ll need one or more nicotine shots. A nicotine shot is a 10 ml bottle of unflavored e-liquid that usually has a nicotine strength of 18 mg. Add one shot to a 60 ml short fill bottle — or add two shots to a 120 ml bottle — and you’ll have an e-liquid with a final nicotine strength of 3 mg. To fill the bottle, you’ll pry off the cap and dump in the entire contents of your one or two nicotine shots. Replace the cap, close the bottle tightly and give it a good shake. Your e-liquid is ready to use!

Do Short Fill E-Liquids Have Any Drawbacks?

The second drawback of using a short fill e-liquid is that you’ll need to shake the bottle periodically to keep the nicotine in suspension. If you don’t, you won’t have the correct nicotine concentration throughout the entire bottle. I would think, though, that the need to shake a bottle occasionally is a minor inconvenience compared to the major inconvenience of opening one 10 ml bottle after another.