Thanks for stopping by! This article is a bit old now. Maybe you’d like to see my list of the best e-cigarettes of 2016 instead?

This has been the busiest year yet in the history of e-cigarettes. In 2013, new e-cigarette companies have continued to pop up at an astonishing rate while established companies have used their earnings to enhance their products in an attempt to stand out from one another. After spending yet another year writing about the e-cigarette industry, I think it’s become clear which products are the best e-cigarettes of 2013. If you’re still on the fence about which e-cigarette you should buy as your introduction to e-smoking — or you’re ready to upgrade to something a bit more powerful — I hope this e-cigarette buying guide for 2013 will make your decision easier. 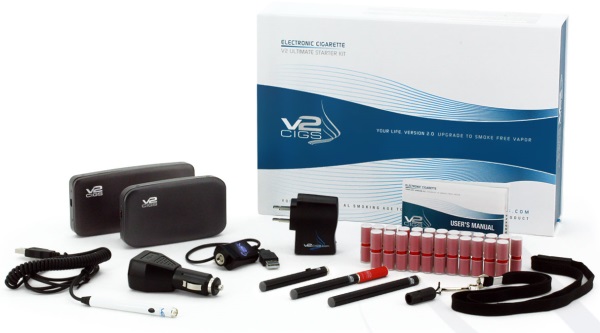 V2 Cigs became so popular in 2013 that their Web traffic began to dwarf that of the entire e-cigarette industry. This happened for a variety of reasons, not the least of which being a complete retooling of the company’s customer experience policies. V2 completely revamped its packaging — it’s now the best of any e-cigarette on the market in 2013 — and came out with a completely new line of portable charging cases and other accessories. They also switched to new airtight blister packs for refill cartridges, instituted a full lifetime warranty on all e-cigarette starter kit components and began publishing lab quality control reports for all e-liquid shipments. In short, V2 used its massive earnings to improve on the little details, getting them so right that no other e-cigarette company can compare.

V2 Cigs delivers consistently top notch customer service, and their e-cigarette never fails to outperform other products in the same size range in terms of vapor production and battery life. In addition, V2 Cigs has the best deal in the industry on bulk refill cartridges, allowing you to e-smoke for as little as about a dollar a day depending on your usage habits. If you haven’t purchased your first e-cigarette yet and are on the fence about which company you should choose, let there be no doubt; V2 Cigs is the best e-cigarette of 2013 for you.

Volcano’s Inferno e-cigarette is built on the eGo platform, which was developed in 2010 and has been through a number of iterations since. Today, you can find eGo e-cigarettes — along with inexpensive copies of dubious quality — with an enormous variety of colors, features, accessories and price points. Volcano’s Inferno e-cigarette is the real deal. Volcano has been selling it as long as the eGo platform has existed, and has refined it every step of the way. In fact, the current Inferno is the third major revision since Volcano began selling it.

The thing about the eGo platform is that the batteries are thread-compatible with almost every type of e-cigarette accessory on the market, including atomizers, cartomizers and tank systems. Volcano has sold versions of the Inferno with all of these attachments, eventually settling on the Tube Tank as the best possible attachment in terms of vapor production, e-liquid capacity and ease of refilling. Thanks to its dual heating coils, the Tube Tank produces double the vapor compared to most eGo e-cigarette attachments, which are single-coil. In addition to its stellar vapor production, the Inferno e-cigarette also features one of the most attractive designs on the market — and it opens you up to Volcano’s excellent stable of USA-made e-liquids.

If you’ve made the upgrade from your first small e-cigarette to something larger like the Volcano Inferno and are still in search of more vapor, the nest logical step is to move up to a variable-voltage e-cigarette. For the longest time, this meant purchasing a large box-shaped device that could barely be described as “portable” or taking the safety risk of using a device with multiple stacked batteries. Everything changed in 2012 when ProVape released the ProVari Mini, and in my opinion there still isn’t anything that comes close. The ProVari Mini remains, by a wide margin, the best e-cigarette mod of 2013.

In case you’re unfamiliar with the concept of variable-voltage vaping, you should begin with the knowledge that all standard e-cigarette batteries operate between 3.7 and 4.2 volts at a full charge. Since you can’t change the voltage, the only thing you can do to change the vapor production of the e-cigarette is purchase an atomizer or cartomizer with a lower resistance rating. Unfortunately, this can result in such a large jump in power output that it ends up burning the battery out. When you switch to a variable-voltage e-cigarette, you get another value that you can change. Now, instead of being stuck with atomizers or cartomizers that suit your e-cigarette battery, you can select any attachment that suits you and then adjust the voltage of your e-cigarette until you get the vapor production you want — up to a maximum of 6.0 volts.

Unless you’ve been using e-cigarettes as long as I have, it’s difficult to appreciate just how small the ProVari Mini is when its capabilities are taken into account. Although it’s a fair bit heavier than the Volcano Inferno due to its stainless steel body, it’s only marginally wider. In the past, variable-voltage e-cigarettes were larger than most pocket flashlights. The ProVari Mini, on the other hand, fits almost anywhere. The only compromise you’ll have to make is one of battery life, but it isn’t a huge difference; vaping at six volts, I have to change the battery in my ProVari Mini about twice a day, compared to once with the full-sized ProVari. Otherwise, the ProVari Mini has exactly the same capabilities as its big brother. That’s a trade I’m happy to make.

Coupon: VAPE4LESS (5% off all products) 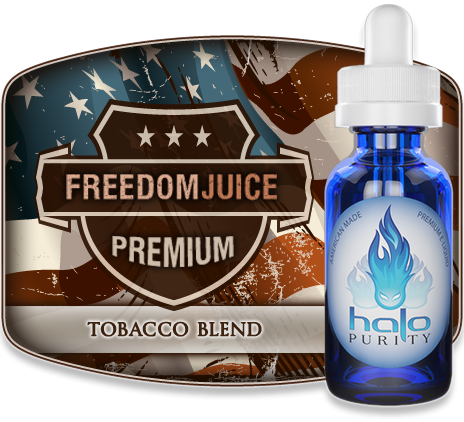 Most e-cigarette companies sell refill liquids sourced from laboratories in China. Although there’s nothing wrong with that, many e-smokers eventually decide that they’d like to try something made a little closer to home. If you’re ready to take that plunge, you should know that American-made e-liquids are just as variable as Chinese e-liquids in terms of the variety of flavors and the creativity used to create them. A lot of e-liquid companies think it’s enough to simply buy a pre-made flavor concentrate and squirt a few drops into a bottle of nicotine and vegetable glycerin. The result is an e-liquid that lacks complexity and ultimately isn’t very satisfying.

When you begin to explore American-made e-liquids, I suggest starting with Halo Cigs. In the two years I’ve been using Halo’s e-liquids, they’ve never failed to impress me with the consistent flavor from one bottle to the next and the vapor production that seems to always outclass competing e-liquids. Halo also releases new flavors frequently, but not so frequently that each new flavor isn’t an interesting event. Halo expands on its selection of e-liquids only when they come up with something completely different from what they’re already offering.