When I examine recent trends and changes in the e-liquid industry, one thing becomes abundantly clear to me: Many of the old standby flavor profiles seem to be on their way out. Maybe it’s partially because we’ve had a hotter summer than usual, but I definitely feel as though there are less people talking about flavor profiles such as custards, cereals and baked goods than in years past. These days, people definitely seem to have a strong preference for fruity e-liquids, and if those e-liquids have a bit of menthol coolness on the exhale, so much the better. You can thank Malaysian e-liquid companies like Nasty Juice and Horny Flava for that. Malaysians love their fruit-and-ice blends, and it turns out that much of the worldwide vaping community does as well. That’s where the new Smoozie e-liquid line from Apollo comes in. 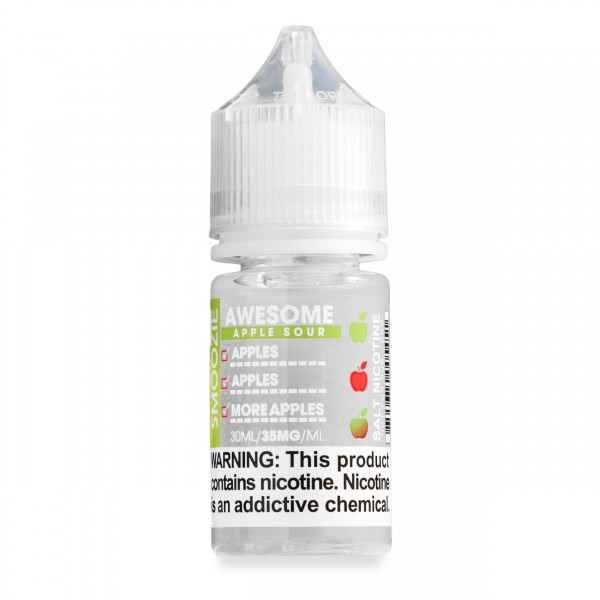 When the tastes of the vaping community begin to shift, the last thing that an established e-liquid company should do is rest on its laurels and wait for the trends to come back around; that might never happen. It’s better to do what you can to satisfy the community’s tastes as quickly as possible, and no one understands that fact better than Apollo. This is a company, after all, that’s been in the vaping industry for nearly a decade. There aren’t too many brands in the vaping industry that have been around since 2010; I would bet that hundreds of vaping companies around the world have launched, lived out their entire lifespans and folded in the time that Apollo’s been around.

So, Smoozie is an e-liquid line that both answers recent trends and brings several new ideas of its own to the table. This is definitely not just another “me too” line of fruity e-liquids; it’s a virtual trip to your favorite smoothie shop.

Next, let’s explore the tasty flavor profiles that Apollo brings to the table with Smoozie e-liquid. 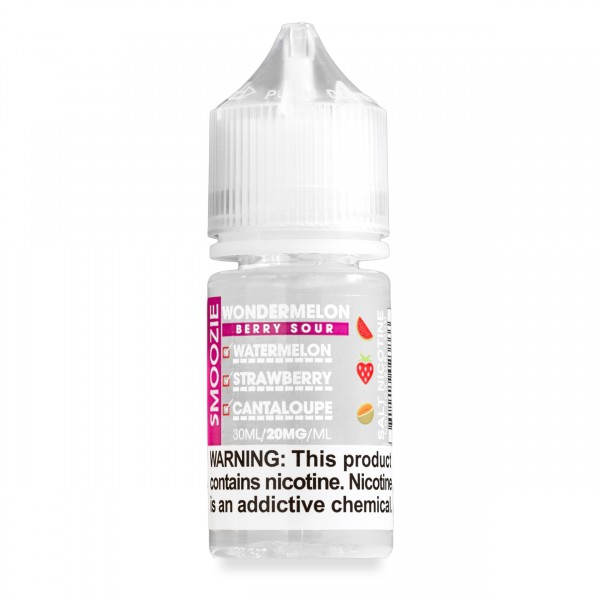 The Apollo Smoozie e-liquid lineup consists of five different flavors, and each of those flavors has multiple variations available. You can buy the standard e-liquid with freebase nicotine, and you can buy it with nicotine salt. You can also buy each flavor with or without an added menthol-like coolness. The fruit-and-ice flavor profile isn’t for everyone. Even the Malaysian e-liquid makers have no-ice versions of their most popular flavors. If you do like your fruity e-liquids on the cold side, though, you’re going to love what Apollo has done with the fruit-and-ice flavor profile; it’s almost like drinking an actual smoothie with some extra ice thrown in before blending.

Here’s what you’ll find in the Smoozie e-liquid line:

This one is a sour apple e-liquid, plain and simple. Now, if you’ve had a few sour apple vape juices, you know that it is incredibly difficult to capture that “green Jolly Rancher” flavor that sour candy lovers absolutely adore. Sweeteners tend to overpower sour additives in e-liquid, so many “sour” e-liquids end up tasting much the same as all the other candy flavors. I think that Apollo has done a really good job here. If you’re having trouble finding a green apple e-liquid that really hits the spot, you should try this one.

There’s a certain bottled juice brand that’s extremely well known for its kiwi-strawberry juice (and its peach tea, but I digress). Ki-Berry Pear Sour tastes a bit like what you might get if you used that famous juice as a base and added some sweet pear juice before garnishing the resulting beverage with a few lemon wedges. If you’ve ever found yourself wishing that a certain bottled juice maker could add a sour edge to its kiwi-strawberry juice to balance out the sweetness, Ki-Berry Pear Sour is an e-liquid that you must try.

Maui Waui is a tropical fruit smoothie, through and through. In Hawaii, some mango cultivars produce fruit so heavy and laden with juice that growers need to reinforce the fruits by tying them to the trees’ branches. It also goes without saying that Hawaii’s pineapples are the world’s best – try the Hilo White variety if you ever have the opportunity – so I couldn’t imagine a better celebration of the 50th state in e-liquid form than the pineapple-and-mango concoction that is Maui Waui. Just to jazz things up and give this e-liquid a bit of an orchard vibe, Apollo also added a generous helping of strawberry flavor. Did you know that strawberries can actually grow in Hawaii at higher elevations? Yep – Apollo truly thought of everything!

Looking over the list of Smoozie e-liquid flavors, you’ve probably noticed that strawberry appears more often than any other flavor. I bet it’s because, when the mixologists at Apollo were developing the Smoozie brand, they discovered a strawberry flavor – or perhaps a blend of strawberry flavors – that they knew was truly going to be a home run. I bet they were so happy with their work that the discovery of the strawberry flavor influenced the development of the entire brand. I could be wrong, but that’s how I imagine things. Strawberries Gone Wild is the only e-liquid in the Smoozie lineup in which the strawberry flavor is fully front and center. Behind that note, you’ll taste a bit of extra complexity from the addition of a slightly tart raspberry note and an even more sour green apple note.

No line of fruity e-liquids would be complete without a melon flavor, and Wondermelon Berry Sour is so refreshingly different that you’ll wonder why the e-liquid makers of the world haven’t been making sour melon flavors for years. In this vape juice, you’ll taste notes of cantaloupe and watermelon along with – you guessed it – Apollo’s magic strawberry flavor. It’s the sour finish of this e-liquid, though, that makes all the difference. After you’ve tried Wondermelon Berry Sour, I doubt that you’ll ever want to vape one of those super-sweet melon candy e-liquids again.