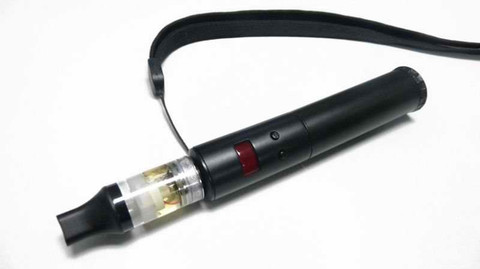 About the Vision TOX

The Vision TOX is also known as the GS-SUB or G-SUB, depending on the vendor selling it. Like the ProVari and the Lavatube, it’s a single-battery variable-voltage mod with a boost circuit that raises the voltage of a 3.7-volt battery. Unlike those two devices, the Vision TOX uses a modular design in which the entire battery compartment is removable. The kit includes a short compartment and a long one along with two different batteries. It also includes a single control head, a battery charger, a couple of Vision cartomizers and a few other goodies. All in all, this is definitely an e-cigarette that gives you a lot of toys for the money.

When you attach the battery compartment to the control head, the Vision TOX comes to life. The two small buttons below the screen allow you to set the voltage between 3.0 and 6.0 volts, and the large button activates the atomizer or cartomizer connected to the 510-style threading. The over-current limit is approximately 2.0 amps, which means that the Vision TOX does not support dual-coil cartomizers at higher voltages like the ProVari. The control head also has a few other features such as a puff counter and battery meter. 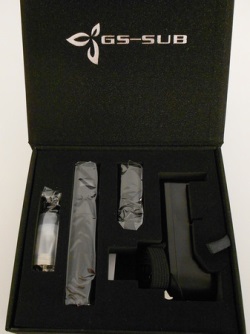 The Vision TOX is a very cute e-cigarette. From the modular design to the cheeky “Goodbye My Master!” message when you shut the device off, this is definitely an e-cigarette designed to appeal to gadget lovers. I absolutely love the OLED display, which with its cool blue hue is far easier to read than that of any other e-cigarette I’ve used.

Cheap materials tend to accompany low prices, though, and the Vision TOX is no exception here. Unlike the stainless steel casing of the ProVari and the aluminum body of the Lavatube, the Vision TOX is constructed mostly from plastic. This makes for an extremely light e-cigarette, but I wouldn’t want to drop it on my quartz floor. I’m pretty sure it would shatter.

Using the Vision TOX is mostly a pleasure. I don’t care for the wick-fed cartomizers included with it, but the Vision TOX delivers plenty of vapor at six volts with my preferred Boge cartomizer. It isn’t going to compete with the ProVari or Lavatube in terms of vapor production, but if you’re currently using a cigarette-shaped e-cigarette you’ll definitely find it a major upgrade.

I glossed over the puff counter and other features at the beginning of this Vision TOX review because they’re unfortunately mostly window dressing; the Vision TOX doesn’t have any kind of battery backup, so you lose everything when you remove the battery. All counters also reset after 24 hours. So, the puff counter and usage timer may be interesting novelties when you begin using the Vision TOX, but after the first battery change it’s likely that you’ll ignore everything except the battery meter. That’s unfortunate, because I think that some of these features might really appeal to people who want to exert finer control over their nicotine intake.

Although the Vision TOX has its share of problems, it’s an interesting product that you should definitely look at if you want better vapor production than what you’re currently getting and don’t have a lot of money to spend. The bottom line is that, while the Vision TOX doesn’t compete with the more expensive products I’ve mentioned in this review, it’s still going to be an improvement over any “mini” e-cigarette.