Vaping has changed so many lives for the better by helping people stop smoking. Still, like smoking, vaping tends to have a certain stigma around some people. 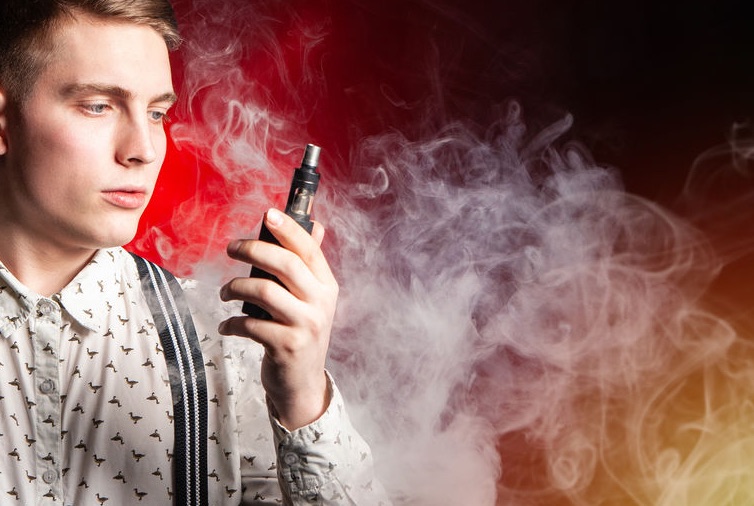 With this in mind, we’ve put together a list of some vaping etiquette tips that can help you avoid a clash over vaping with your fellow humans.

Top Etiquette Tips for Vaping in Public and Private

1. Keep smoke out of people’s faces.

This should be a rule that everyone knows, but we’re putting it here because it’s also probably the most important one.

Even if you’re with other vapers, it’s never polite to blow smoke in people’s faces. Keep in mind, also, that this means you’ll need to purposely direct the smoke away from people (not just keep it from going directly into someone’s nose). It helps to stand at the edge of your crowd or to be on the outside edge of your table for this reason.

If you’re at a public place or a restaurant or bar and you’re not sure whether vaping is allowed, just ask. It’s always better to know beforehand as being reprimanded never feels good.

If you don’t feel comfortable asking your waiter in front of the other people you’re dining or drinking with, stealthily go up to the manager or hostess and ask them in private. Before doing this, you might also keep a lookout for posted signs about vaping (whether it’s prohibited or openly allowed) as this can save you some trouble.

Unless everyone at your table is cool with it, we recommend avoiding vaping at meals. Sure, you might be outside where it’s okay to vape. But, especially if you’re using a strong-smelling liquid, the scent could put other diners off their meal.

4. Never vape where you shouldn’t (yes, even if you hide it well).

Stealth vaping shouldn’t be a thing, but it sadly is. Some people think they can be so sneaky with their vaping that they’ll do it even in places where they know it’s prohibited.

One of the biggest issues with stealth vaping is that you’re bound to be found out, and when you are, you might be kicked out — or at least publicly ridiculed. No one needs that extra drama in their life.

5. If someone in your party asks you to stop, try not to make a big deal of it.

Hopefully, you’re hanging out with chill people who are cool with you vaping and may even vape themselves. But we all know this isn’t always going to be the case with everyone you hang out with.

A friend of a friend may, for whatever silly reason, despise vaping and may even be bold enough to ask you to stop. If this happens, weigh your options carefully. If you’re okay with stopping, go for it. If you find it an intrusion on your rights (because the location you’re in allows it and you were being respectful to those around you in the first place), be kind but firm that this is something you do to help with a smoking addiction.

6. Be gentle with smokers.

Remember: You used to be a smoker too. As long as smokers are not smoking where they shouldn’t be and are being polite, don’t get on their case.

Some vapers have a tendency to feel superior to smokers, even when they once smoked themselves. Most smokers (not all, but most) don’t want to be smokers. They have their own internal dialogue about quitting. Don’t make it any worse for them.

When in Doubt, Use Your Common Sense

Sometimes, the protocol on vaping etiquette won’t be crystal clear. It’s at these times that you simply have to use your common sense. Ask yourself what’s likely to happen if you take out your vape pen and start vaping.

Moreover, what would you do in this situation if someone were to ask you to stop vaping — or worse, yelled something profane at you? If the answer is, you’d simply apologize (or ignore them) and put your pen away, great. Go for it. If, on the other hand, it would make you very upset and uncomfortable, you might want to just vape elsewhere and avoid yourself the trouble.

Some situations should be obvious. When you’re at your local dispensary in Arizona, for example, there’s no need to hide your vape pen. If you’re in a church or a sick person’s home, on the other hand, the writing’s pretty much on the wall.

Use the above tips to help guide you through difficult situations with vaping. And remember, when in doubt, use your common sense, as always!