Update: unfortunately, Safe Cig has folded and is no longer in business. Why not take a look at my article about the best e-cigarette for beginners instead?

I became pretty excited when I discovered the Safe Cig website for the first time. Although they had actually been around for years, I covered the e-cigarette industry for well over a year before they came under my radar. I don’t know how I managed to miss them. I really liked the way the Safe Cig website was laid out; everything was structured in a clear, attractive manner. A lot of e-cigarette websites kind of look like relics from the ’90s, and I think that can sometimes scare potential e-smokers away. So, to review Safe Cig, I was given a Micro Pack and a little selection of refill cartridges. For the most part, I really liked the performance of the Safe Cig Micro and believe that it’s a really friendly e-cigarette for new e-smokers. It’s just the price that has me concerned; I’m not quite convinced that Safe Cig stacks up well against V2, the company that I discuss in my article about the best e-cigarette for beginners. 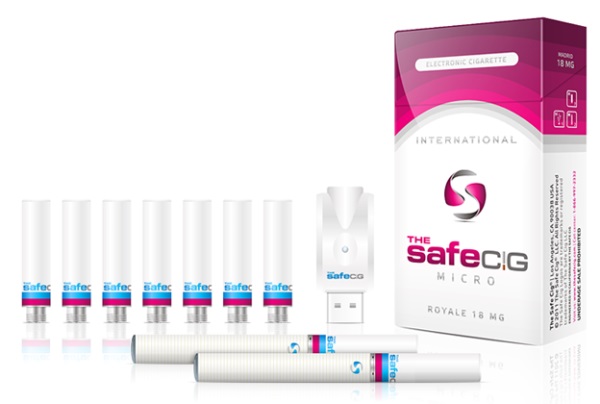 About the Safe Cig Micro

The Safe Cig Micro comes in four different kits, ranging in price from $59.95 to $189.95. At each higher price level, you get more batteries, more refill cartridges and additional accessories. The kit I’ll be discussing today is the Safe Cig Micro Pack, which is the least expensive of the bunch. It includes two batteries rated for about 50 puffs each between charges, one USB charger and seven refill cartridges. You can buy your Micro Pack in one of 14 different flavors, which is really one of Safe Cig’s selling points. Who could resist a flavor like Trinidad, with a description that mentions everything from air-dried light Caribbean tobacco leaves to sighing tropical breezes? 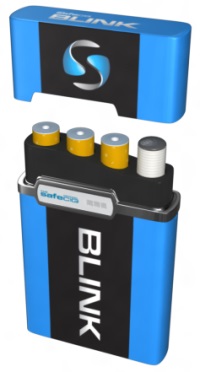 The Safe Cig Micro is much smaller than the V2 e-cigarette. It’s the same size as a typical cigarette, in fact, which is good for portability but not so great for battery life. As I mentioned above, you’re only going to get about 50 puffs from the battery between charges, which for some people may not be enough to last through a work day. If you smoke more than a half pack of cigarettes without having access to a USB port, you might want to consider adding the Blink charging case to your order. The Blink charges dead batteries — including those of other devices like phones and iPods. Alternatively, go for something bigger like the V2 e-cigarette; the largest V2 battery has about six times the life of a single Safe Cig Micro battery.

In general, I think that Safe Cig’s refill flavors are just about spot on. They aren’t quite what you’ll get from a company using USA-made e-liquids, but they’re very nice and I know that a lot of people swear by Safe Cig’s most popular flavors — the Turkish flavor in particular. Having tried several of Safe Cig’s refill flavors, the only one I didn’t care for was the Menthol; it seemed to have a bit of a chemical taste. The tobacco flavors were delicious, and I love Safe Cig’s exotic flavor descriptions so much that I’m certain I’ll get around to trying the rest of them one day.

At the current price of $29.98, I wouldn’t hesitate to recommend the Safe Cig Micro Pack. Likewise, all of the other Safe Cig Micro kits are half off right now, and they’re great deals if you need plenty of extra batteries and refill cartridges. The problem is that eventually, when Safe Cig’s summer sale ends, I’ll have to update my Safe Cig review with the Micro Pack’s normal price of $59.95. At that point, I think the price will be a bit awkward.

On the other hand, think about something made for the premium market like the V2 Ultimate Kit. This kit costs $169.95 with the coupon code vapegrl15, and it includes more items than you can shake a stick at — three batteries with great charge capacities, 25 refill cartridges, a charging case, a carrying case, and charging adapters for a USB port, wall outlet and car lighter. You won’t even have to think about buying more refill cartridges for at least the first month.

So, the Safe Cig Micro is definitely an excellent product at its current price. When the sale ends, though, I think you’d end up being happier if you spent a bit less or a bit more on something else.