If you’re an American who vapes, I’d wager there’s a greater than 99 percent chance that your first e-liquid contained nicotine. I’d also bet the chance is nearly as high that you’re still using e-liquid with nicotine today. You’ve almost certainly seen e-liquid without nicotine at your local vape shop, but it probably hasn’t occurred to you that people actually buy it. After all, isn’t it always the nicotine-free e-liquid filling up the shop’s bargain bin? 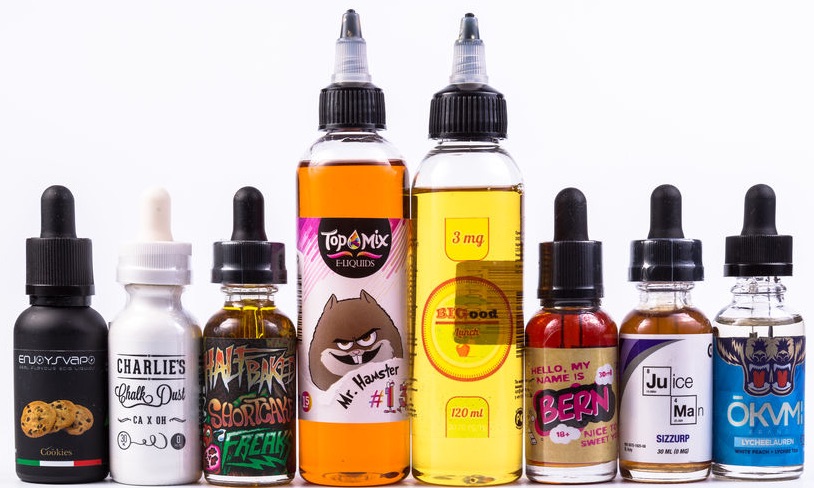 It might surprise you, then, to learn that many people actually use and enjoy nicotine-free e-liquid. There are entire nations, in fact, in which e-liquid with nicotine isn’t even legal to purchase over the counter. Australian vape shops like Ivanna Vape sell nothing but nicotine-free e-liquid and do perfectly well with it. Clearly, then, e-liquid without nicotine can have a place in your vaping routine if you have an open mind.

Why would you buy nicotine-free e-liquid in a place like the United States where nicotine is perfectly legal? Actually, there are several reasons, and a few of them might not have ever crossed your mind before. Let’s dig in.

As I mentioned in this article’s introduction, nicotine-free e-liquid is often what you’ll find when you check the bargain bins at your local vape shops. Although plenty of people do buy e-liquid without nicotine, it’s not typically the fastest seller and sometimes ends up getting sold on clearance when it’s time for a product refresh.

Don’t forget that grabbing those nicotine-free e-liquids from your local vape shop’s clearance bin is also a good way to try new e-liquid flavors without paying full price for them. If you end up not liking a flavor, then at least you didn’t pay full price for it – and if you do like the flavor, you can turn it into an e-liquid with nicotine by mixing it with another bottle at double your usual nicotine strength.

Did you know that people who vape professionally – whether they’re performing vape tricks, recording video reviews for YouTube or attending cloud competitions – almost always use nicotine-free e-liquid when they’re on the job? If you’re spending hours chucking clouds in front of a camera – or in front of crowds at vape expos – you’ll make yourself sick if you’re using nicotine the whole time.

In fact, the truth is that most of those people aren’t even using actual e-liquid – they’re using pure vegetable glycerin. That’s the way to get those huge, luxurious clouds that look so great on camera. If you’ve got your sights set on becoming a famous personality within the vaping scene, nicotine-free e-liquid is going to become a major part of your vaping routine.

Nicotine-Free E-Liquid Delivers Nothing but Flavor

Nicotine can definitely contribute to the overall flavor profile of an e-liquid, but nicotine itself isn’t a flavor. If you want to taste the flavor of a vape juice in its purest form, you’ve got to try the nicotine-free version of that e-liquid.

Now, no matter how much you may love a particular e-liquid, you might not have a great deal of interest in experiencing what that e-liquid tastes like without the nicotine. You might feel differently, though, if you ever decide to enter the world of DIY e-liquid making. If you get really serious about it, you might decide to share your favorite recipes with your friends. You might decide to join an online community and discuss the finer points of e-liquid creation with others. Who knows; you may even start a vape juice brand of your own one day. The only way you’ll ever know that you’ve gotten a recipe completely right is by trying it without nicotine.

If you use a modern sub-ohm vape mod and tank, there’s a good chance that your preferred e-liquid nicotine strength is 3 mg. If you’ve been vaping for a while, though, there’s also a good chance that your current vaping setup produces dramatically more vapor than the setup that you used when you first started using the 3 mg nicotine strength. Is it really still necessary for you to use that much nicotine?

Are you a heavy vaper who sometimes has trouble falling asleep at night? If you are, I’d like to open your mind to the possibility that heavy stimulant use right before bed could make it more difficult for you to fall asleep and may also contribute to poor sleep quality. Now, being a vaper myself, I know what it’s like to have your mod in your hand pretty much from the moment you wake up until the moment you turn out the lights. Discontinuing all vaping a couple of hours before bedtime, in other words, is definitely much easier said than done. If you can’t manage to stop vaping late at night, try switching to nicotine-free e-liquid for the last hour or two before bedtime. Yes, it might take some getting used to – but there’s a good chance that you’ll sleep better as a result.