I’ve spent nearly a decade writing about vaping, and in that time, I’ve been exposed to vapers and vaping products from around the world. One of the more interesting aspects of covering the vaping industry is that I’ve had an opportunity to learn about how the world’s various governments have decided to regulate e-cigarettes and nicotine. 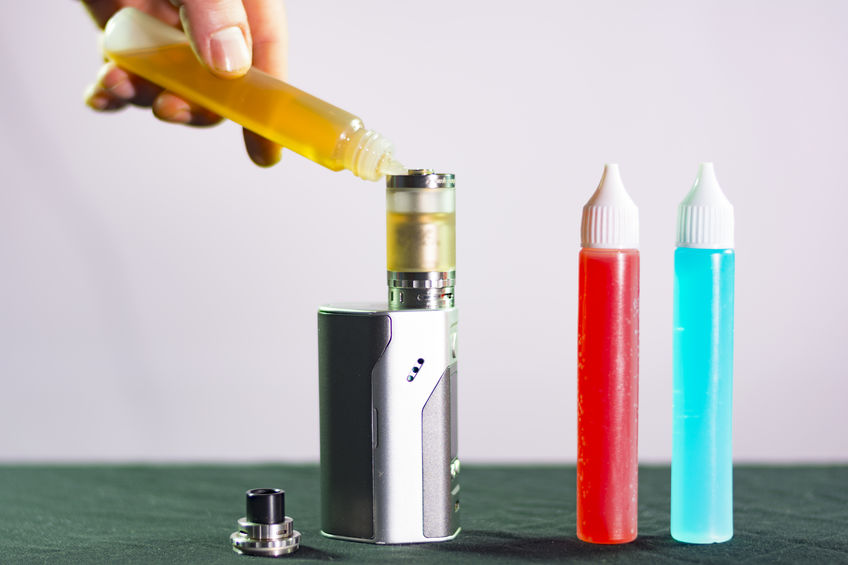 Here in the United States, we often think that we have things pretty bad in terms of how the government regulates the vaping industry. Thanks to the Family Smoking Prevention and Tobacco Control Act – and the FDA’s decision to regulate e-cigarettes as tobacco products – the entire American vaping industry could disappear in 2018. Or 2022. Maybe 2021. Actually, you should probably start hoarding your e-liquid now.

In some regions of the world – such as the United Kingdom – people view the U.S. government’s handling of the vaping industry as some pretty backwards thinking. If you’re marketing vaping products here, you’re not even allowed to tell people that those products are for quitting smoking even though that is exactly the intended purpose of e-cigarettes. Meanwhile, the U.K.’s own public health system strongly recommends e-cigarettes to those who want to quit.

If you think that the U.S. government is backwards in its handling of the vaping industry, things could always be worse; at least the U.S. has a vaping industry. Some nations have banned vaping outright even though they still allow their citizens to smoke.

And then there is the very curious case of Australia, in which vaping is legal – but not. The Australian government has managed to create a thriving black market for e-liquid because Australians can only buy nicotine e-liquid if they buy it from outside Australia.

The crux of the problem with nicotine e-liquid in Australia is the fact that nicotine is regulated as a Schedule 7 poison. Other Schedule 7 poisons include arsenic, strychnine, cyanide and DDT. As a “dangerous poison,” nicotine e-liquid is illegal to buy or sell within Australia. Nicotine is one of those substances that people will figure out a way to acquire if they want it badly enough, though, and that’s created a black market in which some Australian vape shops import bulk liquid nicotine and mix their own e-liquids under the counter – a practice that’s both highly illegal and potentially dangerous. Some individuals have even begun importing e-cigarettes from America and reselling them on social media at inflated prices, risking heavy fines and even potential jail time.

Where Can I Buy Nicotine E-Liquid in Australia?

Although the Australian government doesn’t make it easy for vapers to buy nicotine e-liquid, the good news is that there are several Australian companies that will handle the importing for you. Vaper Empire is one such company. Vaper Empire manufactures its premium e-liquid in the United Kingdom and facilitates the importation of that e-liquid from the U.K. to Australia. After you place an order, it’ll arrive from the U.K. via DHL Express shipping in about 3-5 business days. Although Vaper Empire doesn’t require you to upload a prescription to place an order, it’s still a very good idea to go through the process of obtaining a prescription because it’ll ensure that you’re in full compliance with the law.

Are you new to vaping? If you are, Vaper Empire is a perfect company to choose because they have a wide selection of vaping starter kits ranging from cigalikes to box mods. You’ll have no trouble finding a kit that suits your needs and experience level. Since you’ll be getting your vaping device and your e-liquid or refill cartridges from the same place, you’ll also have no doubt that your hardware and e-liquid are definitely designed to work together.

An additional benefit of buying nicotine e-liquid from Vaper Empire is that you’ll be importing your e-liquid from the United Kingdom. As I explained above, the U.K. has perhaps the most progressive attitude toward vaping of any government in the world. The U.K. has already instituted regulations for the vaping industry and already has quality and manufacturing standards in place for e-liquid. Buying e-liquid from Vaper Empire means that you’re getting e-liquids made in compliance with the Tobacco Products Directive. You therefore have no need to be concerned about potential issues such as unsafe manufacturing practices, contaminants and inaccurate nicotine levels. Australian laws don’t make it easy to buy nicotine e-liquid, but Vaper Empire makes the best of a challenging situation.