Vaping is much older and has been around for much longer than you might imagine. When you read about the history of e-cigarettes, you’ll probably find articles suggesting that the story begins around the time of pharmacist Hon Lik’s invention of the modern e-cigarette in China during the early 2000s. 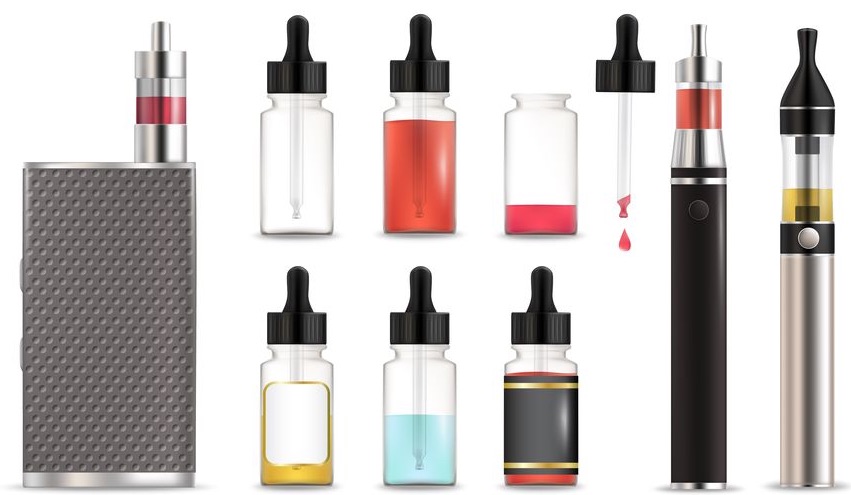 That, however, is only the most recent part of the story; the fact is that people have spent the past several decades trying to invent novel ways of quitting smoking and safer ways of using nicotine. The Vape Life isn’t exactly a new thing; the modern e-cigarette is just the first product of its type to enjoy such great success. So, how long has vaping been around? The answer to that question is “at least 50 years.” Let’s investigate how we got to where we are today.

Herbert A. Gilbert Invented the Smokeless Cigarette in 1963 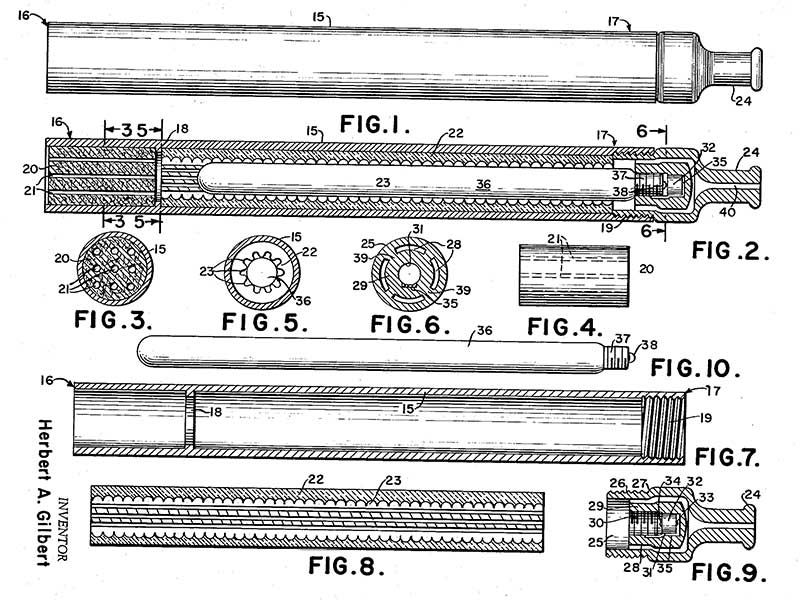 The first invention resembling an e-cigarette – at least the earliest one that anyone knows about currently – was the Smokeless Cigarette invented by Herbert A. Gilbert in 1963. Gilbert’s invention used battery power to heat flavored water, turning it to vapor so the user could inhale it. According to an article by Smithsonian magazine, a few of Gilbert’s planned flavors included cinnamon, rum and mint. Gilbert never planned to include nicotine in his liquid for the Smokeless Cigarette. Instead, he envisioned that the act of inhaling and exhaling the flavored water vapor would be enough to help people wean themselves off of smoking. He also hoped that the Smokeless Cigarette might become popular among dieters, who would be able to “smoke” their favorite foods and snacks without worrying about the calories.

Unless you’ve already spent some time reading about the history of vaping, there’s a good chance that you’ve never heard of Herbert Gilbert’s Smokeless Cigarette. There’s a reason for that: It never got past the prototype stage. Although it isn’t entirely certain that the battery technology of the 1960s was actually ready for a device like the Smokeless Cigarette, the product was never given a chance because Gilbert was unable to secure the necessary financial backing to produce the product. Neither the tobacco companies nor the pharmaceutical companies wanted to cannibalize the sales of their existing products, so the Smokeless Cigarette never entered production. 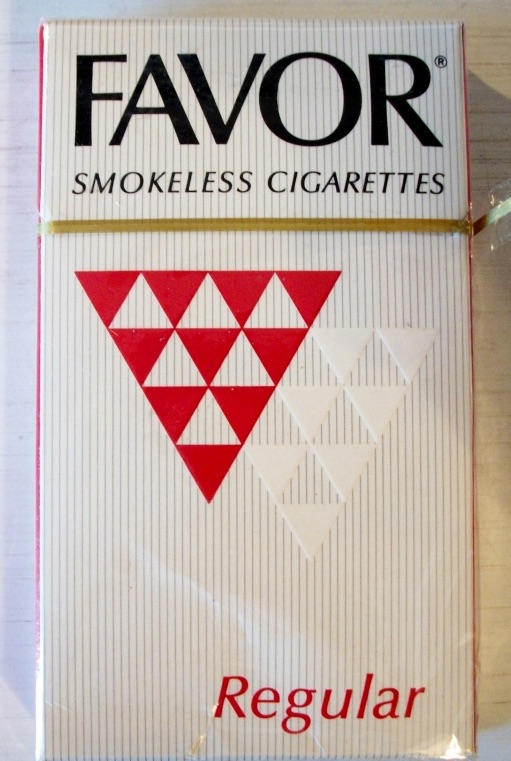 During the 1980s, a new tobacco company formed with the goal of giving consumers a smoke-free alternative to tobacco cigarettes. The company was Advanced Tobacco Products, and the product was called the Favor cigarette. Favor differed from traditional cigarettes in that it wasn’t combustible and actually contained no tobacco at all. Unlike today’s e-cigarettes and heated tobacco products, the Favor cigarette didn’t even produce a visible cloud. There was no visual indication at all that the product was even being used, thus making Favor a potential option for people who wanted to “smoke” in public places such as restaurants that didn’t allow smoking.

The Favor cigarette was incredibly simple in its design. The body of the cigarette was a hollow plastic tube. At the end of the tube, there was a plug saturated with liquid nicotine. Nicotine is volatile, and it’s easily carried through the air. Therefore, the Favor cigarette made it possible for the user to inhale nicotine simply by puffing on the tube. It was a clever solution for allowing people to get their nicotine without smoking and without using tobacco products.

For a while, the Favor cigarette was available in California and some other US states. Its time on the market, however, was short lived. The FDA made the determination that the Favor cigarette wasn’t a tobacco product. Instead, the FDA deemed Favor a drug delivery device that was being sold without approval and demanded its removal from the market. Instead of taking Favor through the approval process, Advanced Tobacco Products sold the technology behind Favor to a pharmaceutical company and went out of business. 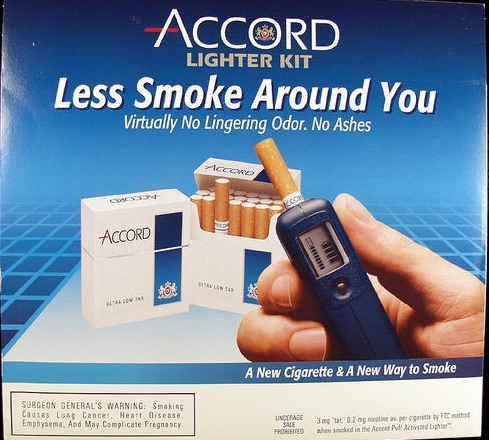 By the 1990s, smoking had become extremely unfashionable. Everyone was aware of the fact that cigarettes were deadly – and by that point, it was also widely known that people could develop lung cancer and other chronic diseases just from being in the same room with smokers. The tobacco companies concluded that eliminating or minimizing secondhand smoke could make cigarettes more socially acceptable, and they worked to develop tobacco products that heated the tobacco instead of burning it. Heating the tobacco would cause the nicotine and flavorful compounds in the tobacco to vaporize, thus providing the user with a satisfying experience without releasing clouds of smoke into the air.

J. Reynolds released the heated tobacco products Premier and Eclipse in the 1980s and 1990s respectively. These products used carbon elements heated the air before it passed through the tobacco. At the time of writing, neither product is still on the market. Philip Morris, meanwhile, released products that heated the tobacco using battery power. The first of those was the Accord smoking system, which was released in the late 1990s. The second was IQOS, which was released in the 2010s and is still available today. 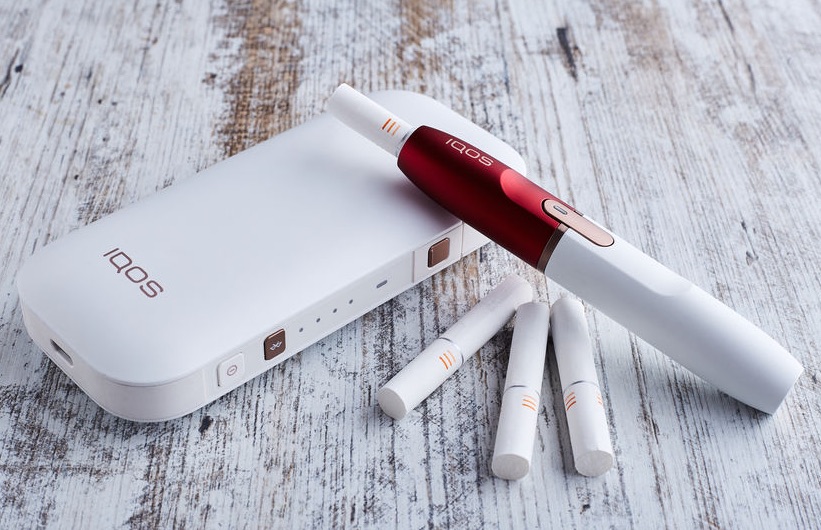 The First Modern E-Cigarette Appeared in the 2000s

As you’ve learned from reading this article, vaping has existed – at least as a general idea – for several decades at this point. It wasn’t until the 2000s, however, that a Chinese pharmacist named Hon Lik came up with vaping in its modern form and managed to convince his employer to put the idea into production.

Vaping technology continues to evolve rapidly. Every few years, companies come up with new technologies that make vaping more enjoyable, more reliable and more satisfying. In recent years, we’ve seen the introduction of mesh coils that have transformed vaping for cloud chasers. Meanwhile, pod systems and nicotine salt e-liquid have made vaping more satisfying for smokers who want to make the switch. There’s no telling how vaping will continue to evolve in the future, but one thing is certain: Tobacco harm reduction is here to stay, and it’s only going to get better as time goes by.