Updated in May 2016. I’ve found lots more crazy e-cigarettes since I originally published this article, and I can’t wait to share them with you!

Who says that an e-cigarette has to look like a box or a flashlight — or a real cigarette, for that matter? For some e-smokers, the ideal e-cigarette is anything but ordinary. These crazy e-cigarettes have some of the most unique shapes and out-of-this-world designs that I’ve found anywhere online. Whether you’re looking for an e-cigarette in a beer can or a crazy beast that pumps out more power than you’ve ever dreamed of, you’ll see it on this list of crazy e-cigarettes.

The Most Unique E-Cigarettes 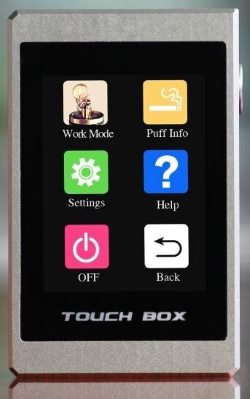 A modern e-cigarette mod has so many features, from voltage and wattage control to the ability to select the type of coil you are using — and most devices give you nothing but a tiny screen and a couple of buttons for navigating all of the various menus. Wouldn’t things be so much easier if you could interact with your e-cigarette in the same way as your smartphone? Touch screen e-cigarettes are some of the most popular devices currently on the market. This device from SMY features support for standard kanthal, stainless steel, nickel or titanium coils. It has variable wattage mode up to 100 watts and temperature control mode up to 600 degrees Fahrenheit. Most importantly, you can go directly to the menu option you want when it’s time to change settings instead of navigating through one sub-menu after another with physical buttons. The Sigelei T150 ($99.95) is a similar device with a smaller screen but higher wattage and longer battery life. 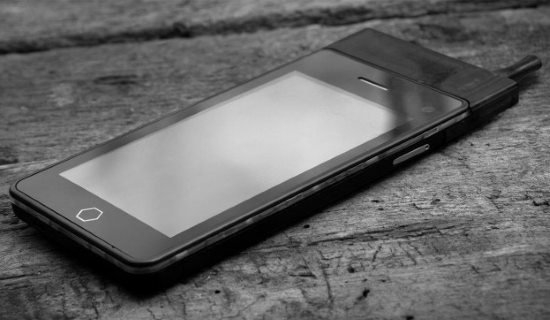 Have you ever wished that you could vape your phone? Well, now you can. The Vaporcade Jupiter is an Android mobile phone — available in 3G and 4G LTE versions — with a detachable e-cigarette component. The Jupiter has an LED light band that illuminates when you connect the e-cigarette component, and a proprietary Android app allows you to control the vaping experience. This device certainly isn’t cheap, but the less expensive Vaporcade Europa ($59.99) has similar functionality without the mobile phone trappings. 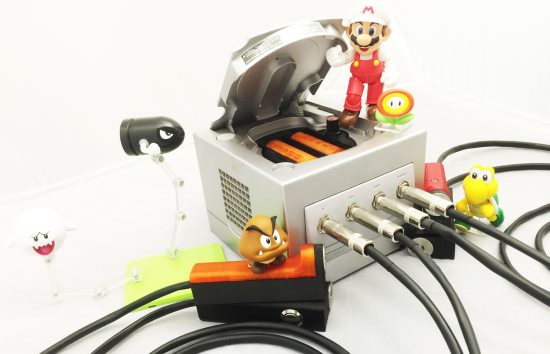 Nebula Vaping is a company that uses 3D printing and some really creative engineering to create some of the most unique e-cigarette devices I’ve ever seen. This particular device is built from a real GameCube console and uses two 26650 batteries to enable up to four people to vape simultaneously under a combined load of up to 100 amps! Nebula also has four-person e-cigarette devices with dedicated power supplies that require no batteries at all. 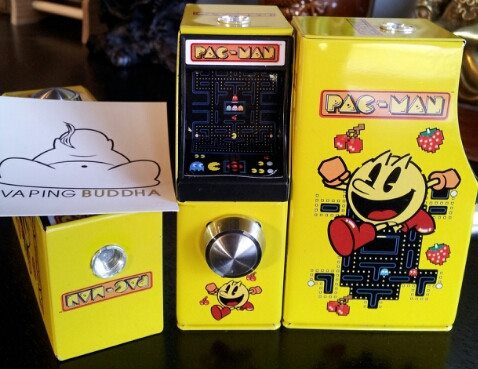 This device is an unregulated mechanical mod designed to look like a miniaturized version of a Pac-Man arcade cabinet — complete with controls and a screenshot of the actual game. A Space Invaders version of this mod was also made. It appears, though, that both of these novelty e-cigarettes are no longer in production. 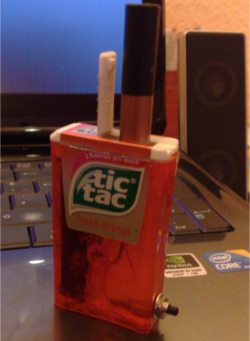 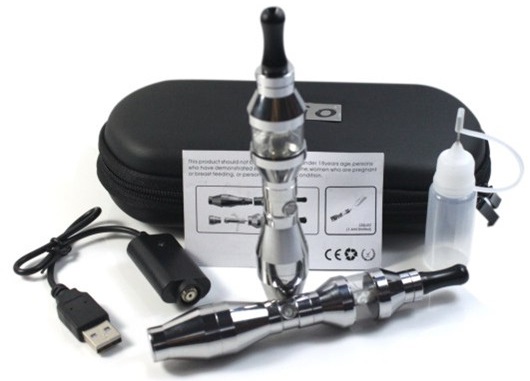 The EE2 is exactly the kind of space age e-cigarette I’d expect to see in a science fiction film from the ’60s. It’s essentially a standard 1100 mah eGo e-cigarette with a bunch of extra metal to create a bubble shape that corresponds with the shape of the included cartomizer tank attachment. I can’t say I’m particularly fond of this one, as it doesn’t look very comfortable to hold. However, it definitely has to be one of the most crazy e-cigarettes on the market. Link removed in 2016 as this product is no longer available.

Since I’ve been unable to find it elsewhere, I can only conclude that the Smoking Gun e-cigarette is a one-off mod made by a private individual. It looks like a realistic gun handle and appears to accept 510-threaded attachments. As you might expect, the trigger causes the e-cigarette to “fire.” I’m sure I wouldn’t try taking this on a plane. Link removed in 2016 as the related forum thread has been deleted. 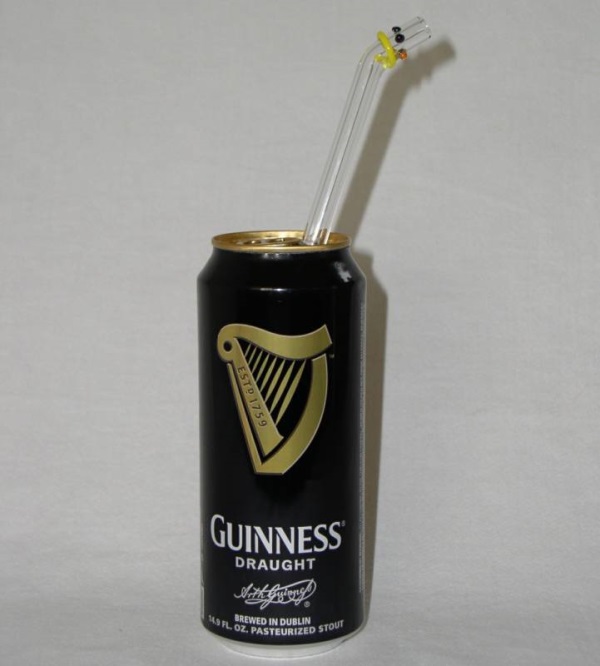 Sin City Mods is in the business of making e-cigarette mods from beer and soda cans. Apparently, they can use any can you like; they simply remove the top and add the e-cigarette circuitry, which you can then remove and place in any can you like as your mood changes. The “straw” extending from the top becomes the mouthpiece of the e-cigarette, and presumably the fire button is positioned at the top of the can as well. This beer can e-cigarette seems a bit cumbersome for daily use, but it might be a fun way to show off your allegiance to your favorite beverage. Now, if they could just complete the kitsch appeal by making a Crystal Pepsi mod. Link removed in 2016 as Sin City Mods appears to be out of business. 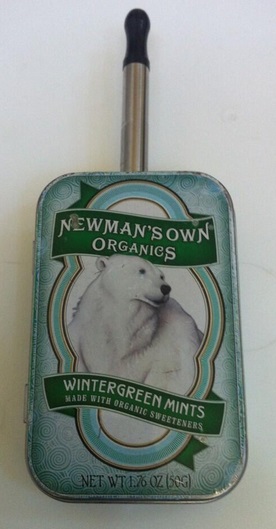 Ahh, the classic Altoids tin. It’s small, durable and a favorite shell for DIY electronics of every type. In 2012, the Altoids tin added another line to its resume when NorCal Vapes began selling one of the craziest e-cigarette mods on the market. To be fair, home e-cigarette modders had probably been creating Altoids tin mods before NorCal hit the scene, but you know what Steve Jobs famously said on the subject: “Real artists ship.” Apparently, the Altoids Tin Mod is a variable-voltage device capable of utilizing two batteries in series. It also has none of the protective circuitry that makes mainstream variable-voltage mods such as the VaporFi VOX II so expensive, which means that you can torch the circuitry — and potentially yourself — if you use it in a manner inconsistent with the instruction manual and safety warnings. If you’re looking to get big vapor on the cheap, though, it might be for you. Link removed in 2016 as NorCal Vapes appears to be out of business.

The NES Controller e-cigarette mod is built around a variable-wattage e-cigarete platform called the DNA 20D by Evolv. It comes with its own internal display, adjusts from 7-20 watts, has built-in protective circuitry and charges the internal battery or batteries via a MicroUSB port. Although the pricing on the NES controller e-cigarette is unknown, the DNA 20D circuit costs $49.99 on its own so I’d presume the finished mod costs at least three times that. In March 2013, Litt Up announced that they had just purchased a 3-D printer capable of creating crazy e-cigarettes out of ABS plastic. I can’t wait to see what Litt Up will come up with. 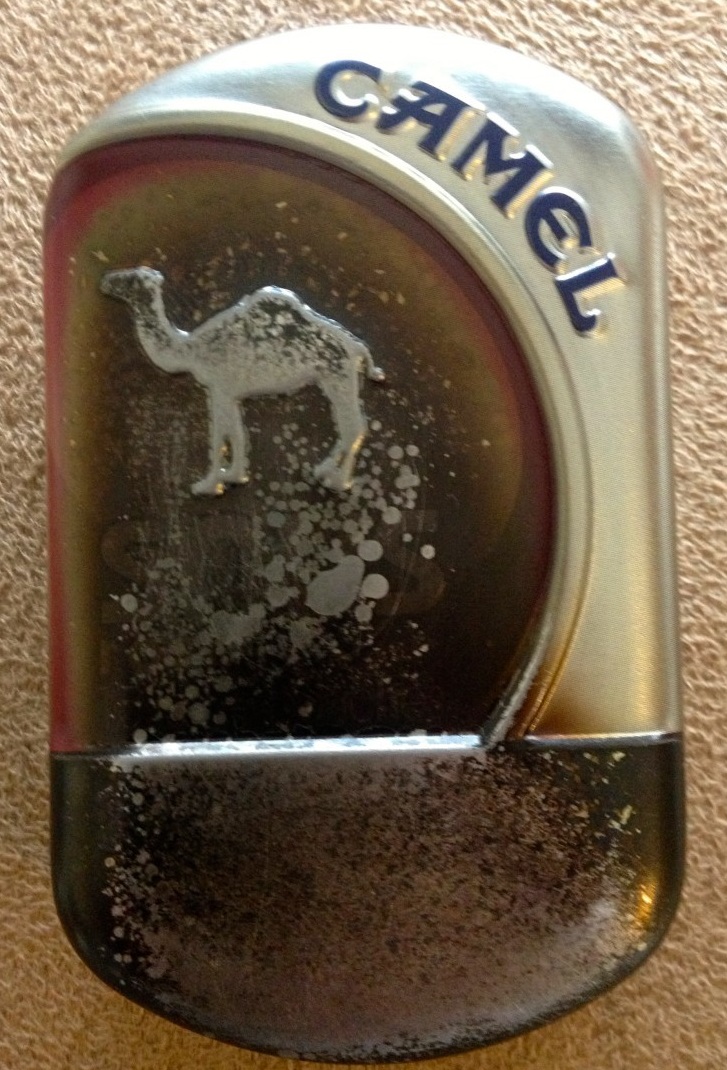 The Camel Snus E-Cigarette uses a DIY modders’ chip called the Nivel, which is capable of putting out between 3-15 watts of power. Its functions are controlled via a single button, and a variety of protective circuitry helps to prevent you from making an error that can kill the device. The Snus mod is rather pricy for something that comes in a disposable aluminum tin, but it certainly looks cool — and the Nivel circuitry makes up a large portion of the cost. I particularly like the “scorched” version, which removes all but the iconic Camel branding. If you’re looking for a mod that makes sure you’re never far away from the tobacco imagery of your past as a smoker, this might be the one for you. Link removed November 27, 2013 — Fazed Box Mods appears to be out of business permanently. 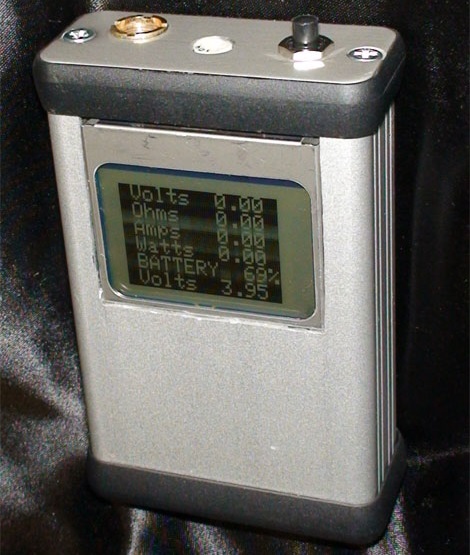 Although it might look like a standard box mod at first glance, the designer of this homemade e-cigarette also programmed the firmware and configured the device to output a wealth of information to its built-in Nokia display. This DIY mod supports variable-voltage operation up to 6.38 volts, and its creator has managed to drive it up to 25.44 watts. It sounds like a beast — and it apprently also has a “game mode” for airports. 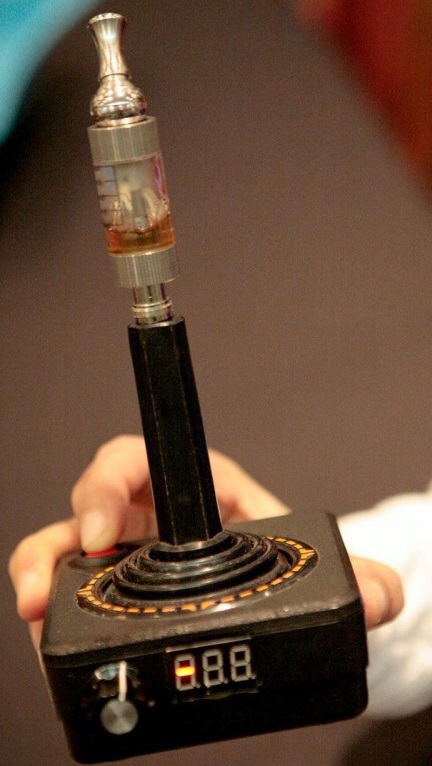 This one-off DIY e-cigarette modded from an Atari joystick was apparently spotted by a Digital Trends writer at an e-cigarette convention. Apparently, it uses two batteries wired in series with a regulator for variable-voltage operation. It appears to have a 510 connection wired through the joystick, to which its creator has attached a cartomizer tank and drip tip. It looks like a capable — if cumbersome — device. Sadly, it doesn’t play Pitfall. 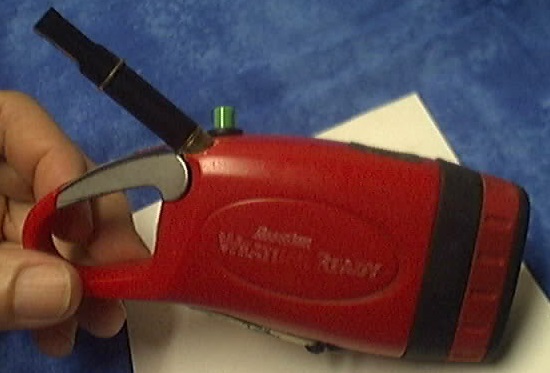 Suppose you were preparing for a lengthy camping trip. Worse, imagine losing power for an extended period. Would you stock up on a bunch of extra batteries that may or may not fire after long-term storage? Would you end your smoke-free streak and buy a pack of cigarettes? for VapeGate forum member Connman, these solutions were equally unacceptable. Instead, he set about modding an Energizer crank flashlight into an e-cigarette — complete with a protected battery. The crank flashlight e-cigarette delivers 72 puffs on a full battery charge. When no power is available, five minutes of cranking gives the mod enough battery life for nine puffs. For someone with serious nicotine needs, this thing could be a real lifesaver when the lights go out. 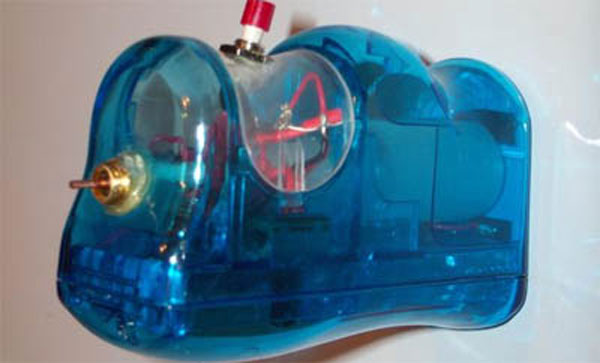 In a word, this thing is ugly. If Apple was a Big Tobacco company and released the iCig instead of the iMac back in the ’90s — but without any design aesthetic at all — it might have looked something like this. It was apparently made by a company called eCigMods, which seems to be out of business. Little else is known about its features.