No, pod systems are not sub-ohm. They are designed for mouth-to-lung (MTL) vaping and exist in a closed system, but this is only the beginning of the differences between the two products. There is also the fact that the vaping material itself is different from that which you find in traditional vaping systems. But, more on that later. 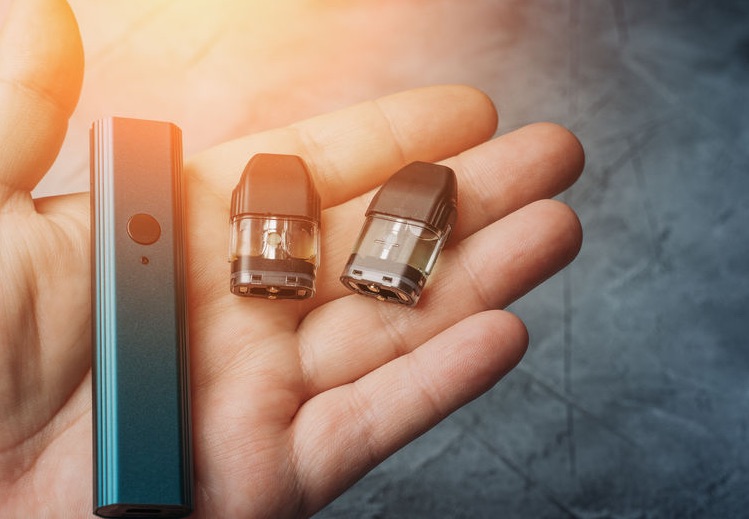 Alright, there is a fair amount to unpack in the above statements, so if you are interested in learning more about vaping and pod systems, continue reading down below for a more thorough explanation. We’ll begin by looking at the differences between the forms of vaping.

The Different Forms of Vaping

MTL vaping refers to over an ohm of resistance in your vape’s coil. This is preferable for some vapers since they want to enjoy the richer flavour and higher nicotine content that comes with a higher resistance, but we’ll come back to that in a bit.

Direct-to-lung (DTL) vaping is the opposite. It uses the sub-ohm resistance typical of box mods. This is the original form of most vape products and is still quite popular among enthusiasts throughout the world. However, it does come with some distinct disadvantages. Most notably, many seasoned vapers find they cannot get full draws to the pleasurable feeling of nicotine after using these products for a while.

Essentially, vaping materials come in two different forms. The first form is the iconic e-liquid, so commonplace and widely associated with the hobby. This is made from a glycol substance, nicotine and flavour additives and comes as a liquid in most instances. Many different flavours are possible, and they vary in popularity. This material is usually consumed in a box mod at sub-ohm resistance so as not to overuse it or cause distracting tastes or sensations.

By contrast, a new form of e-liquid is becoming more and more popular. This is called nicotine salt, and it is considered by some to be a purer form of nicotine. Unlike the freebase nicotine form that comes with e-liquid, nic salts utilize the organic material and undergo a different chemical reaction, which in turn allows them to carry much higher concentrations of nicotine without deleterious effects. However, these materials require more resistance, thus facilitating the need for pod systems.

The Difference Between Pod & Mod Systems

Well, we’ve already covered a few differences between these two similar, yet different, products. The first is that they use different vaping materials. The second difference is that they carry different resistance bands in their coils, known as ohms. However, more contrasts exist between the two products. Most notably, they offer two different lifestyles or hobbies to enjoy.

When looking at pod systems, the experience is vaping in and of itself. That’s it. There is no more to the experience than enjoying interesting flavours and the nic hit that comes from the product. Replacing consumable materials or components is made to be user-friendly and easy to facilitate using the product more.

But on the flip side, mod systems are much more about the enjoyment that comes from working with your hands and playing with your technology. With these systems, you will often see hobbyists and enthusiasts tinkering with their vapes to replace the coils, add larger tanks, swap out batteries and, generally, take apart and fiddle with the interior of the equipment. Both options are enjoyable for their chosen audience. Find yours at foggygorillavapeshop.ca today!