If you’ve been thinking of trying cannabis vaping for the first time and don’t know which strain is good to get started with, or if you want to try a different strain from your normal choice, then our list of the top 6 cannabis strains for vaping could give you some ideas about which strains will give you the vaping experience you desire! 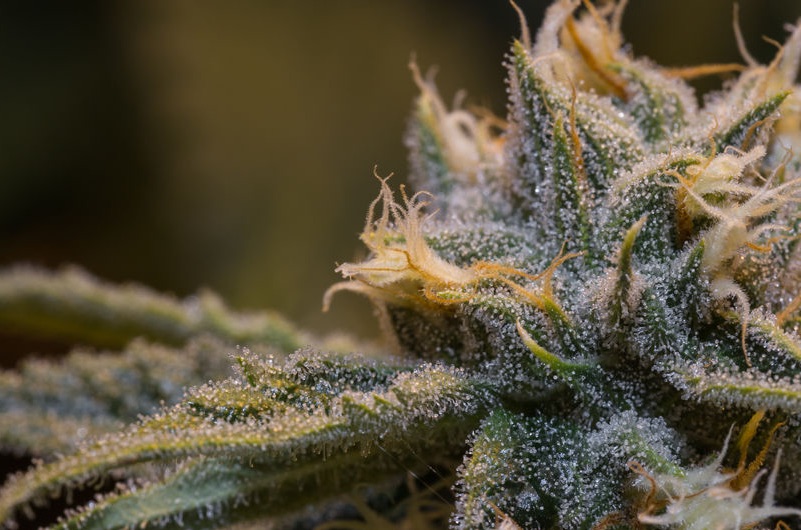 This is an older strain of cannabis, which was originally developed almost three decades ago in the early nineties. However, just because it is an older strain does not mean it is any less potent; in fact, this is one of the most widely used cannabis strains for vaping! It provides both recreational and medicinal benefits, and is often used by people wanting stress relief.

The strain has a THC content of 18.5% and is a highly invigorating Sativa strain, which gives a strong euphoric sensation as well as helping with happiness. It is incredibly energizing and fast acting, which is part of what makes it so popular among cannabis enthusiasts.

The specific genetics behind the strain are not verified, however, it is believed that it was created by crossing Chemdog91 and Super Skunk strains. This resulted in a strain which has a powerful diesel-like aroma, hence the name.

When it comes to cannabis strains, this particular strain is arguably one of the most popular strains out there. Originally bred in the region around Acapulco, Mexico, the strain is incredibly popular among cannabis users of both a recreational and medicinal nature.

According to leafly.com, the Acapulco Gold strain has achieved an average rating from over 640 past customers of 4.5 out of 5 stars. People have likened this particular strain as being akin to having a meal at a Michelin star restaurant.

This strain gives an energizing, euphoric effect and has a notable burnt toffee scent. It is also effective for helping to enhance mood and creativity, thereby making it a great choice of strain for stress relief and easing the symptoms of depression. However, getting hold of this strain can be a little difficult due to its immense popularity, and as a result of this, if you can get hold of the strain we recommend that you buy as much as you can at the time – because there’s no guarantee that you’ll be able to buy it again for quite some time!

Pink Bubba is a hybrid cannabis strain which was developed by crossing Bubba Kush and Pink Kush strains, resulting in a strain which has a THC content of 17.3%. This strain is Indica dominant and provides a euphoric and relaxed sensation, which is notable for being calming as opposed to energizing (like so many others on this list of the best vaping strains.

The strain has a unique and pleasant sweet vanilla and candy aroma and it is incredibly potent, meaning that only a small amount needs to be vaped to get results.

However, you’ll need to act fast if you want to try this strain; it’s incredibly popular and often sells out, so don’t waste any time if you find a dispensary which has it in stock!

The blue dream strain of cannabis is immensely popular, and has achieved an average rating of 4.3 out of 5 stars on leafly.com from over 13,500 past customers. This hybrid (sativa dominant) strain of cannabis has a THC content of 19%.

The strain originated in California, which is naturally well known as being one of the first states to legalize cannabis use for both recreational and medicinal purposes. It is a great choice not only for veteran cannabis users but also for newbies to the vaping world, and this is further helped by its highly beneficial effects which include easing pain, depression symptoms, and nausea. It is an energizing strain and helps users find a sense of calm, happiness and relaxation.

Blue Dream has a notable earthy, pine-like flavor and aroma, with blueberry coming through particularly strong for most users.

Originating from California, this strain of cannabis is widely regarded thanks to its complex and striking fruity notes. Most influential in this are its berry and grape undertones which come through quite strongly; this gives the strain a unique sweetness which makes it incredibly popular for many vaping enthusiasts to try as well.

The strain provides a euphoric sensation while also being relaxing, making it great for many people looking for pain or stress relief, as well as for those who suffer from muscle spasms and the like.

This strain of cannabis is a great choice for vaping enthusiasts, especially if other strains are sold out, as it is a commonly found choice. It is notably a very old strain, however, as a pure Indica strain it is great for medicinal use and relaxation. It originated from the Hindu Kush Mountain range, however has since gone on to become popular worldwide.